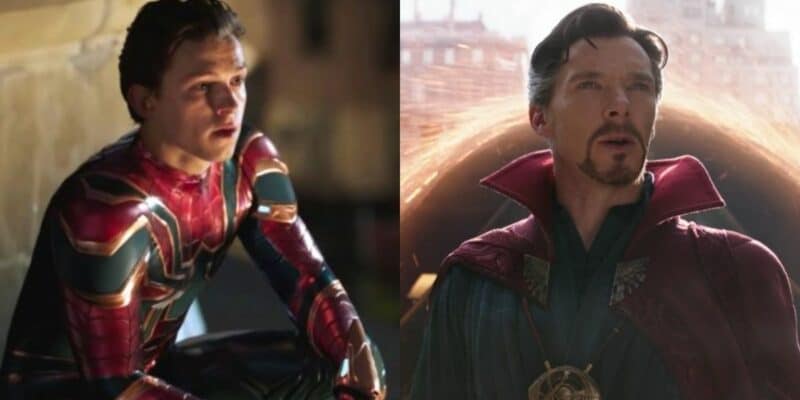 A copyright termination notice has been filed by the Steve Ditko estate for the characters of Doctor Strange and Spider-Man. The future of these iconic comic book heroes now hangs in the balance with the notices slated for June 2023. Could Marvel Entertainment have a copyright battle on its hands? Let’s take a look.

The late Steve Ditko was the legendary comic book artist and writer that helped created some of the most popular heroes of all time alongside other Marvel Comics icons like Stan Lee and Jack Kirby. Now, in a surprising move, Ditko’s heir, and administrator of his estate, Patrick Ditko, filed two copyright termination notices that could see a lengthy legal battle on the cards for Marvel Entertainment and other parties involved. This is just the latest in a long line of comic book creators challenging copyright ownership.

The copyright terminations are for the first appearances of the popular characters that went on to join the Avenger squad in the MCU’s Avengers Infinity Saga conclusion. Ditko has listed Strange Tales Vol. 1, #110 for Doctor Strange, and Amazing Fantasy Vol.1, #15 for Spider-Man as the subjects of the termination notice. You can see the copyright termination notice filed for Doctor Strange here, and for Spider-Man here. The notices are filed against the following:

Copyright law is a murky area especially considering how long these Marvel characters have been present in the pop culture canon. From the official government website, we can ascertain some of what this means and could mean for the future of Doctor Strange and Spider-Man.

The Copyright Act permits authors or their heirs, under certain circumstances, to terminate the exclusive or nonexclusive grant of a transfer or license of an author’s copyright in a work or of any right under a copyright.

These provisions are intended to protect authors and their heirs against unremunerative agreements by giving them an opportunity to share in the later economic success of their works by allowing authors or their heirs, during particular periods of time long after the original grant, to regain the previously granted copyright or copyright rights.

Ditko’s move to terminate the characters’ copyright may stumble into trouble if the creations of Ditko are classed as a “work made for hire” as opposed to his own creations.

So, what is work made for hire? Copyright goes on to outline what this means, in the broadest sense:

Then they detail the categories in which works made for hire may fall into:

There are two situations in which a work made for hire is produced: (1) when the work is created by an employee as part of the employee’s regular duties and (2) when a certain type of work is created as a result of an express written agreement between the creator and a party specially ordering or commissioning the work.

This means that while Ditko did help create the characters he was doing so under the employment of Marvel Comics — then called Atlas Comics. What is interesting in this case, however, is that both of the comics Ditko has filed for also contain supporting characters like Uncle Ben and Aunt May, Peter Parker’s beloved guardians, meaning their fates are now uncertain too.

Like Ditko, Jack Kirby’s children also filed many copyright termination notices against the company over the years, with the two parties eventually coming to a settlement. It must be noted, that in the Kirby case, Marvel ultimately invalidated the claims, meaning the same could come to fruition for Ditko’s estate.

Notably though, due to the notice being filed for Spider-Man’s and Doctor Strange’s first appearance, it could mean that — if Ditko’s estate were to win — the future of these characters may be completely different in all forms of Marvel media, including comics and live-action projects like the Marvel Cinematic Universe and Sony movies.

Marvel has since filed its own lawsuit, suing for the rights to the popular string of Avengers characters. Litigation is said to be based on the “Marvel method” — a collaborative working atmosphere where no comic book creator is deemed the owner of their characters.

Benedict Cumberbatch’s iconic character Doctor Strange and Tom Holland’s Spider-Man have quickly become fan-favorites of the MCU, and the two Marvel superheroes will actually star together in the latest Sony and Marvel team-up, Spider-Man: No Way Home (2021) this December. Then Strange will return shortly after in his own headline sequel, Doctor Strange in the Multiverse of Madness (2022).

It will be a very intriguing two years as this filing progresses, and only time will tell what the fate will be of these iconic comic book characters and the Marvel Universe overall.

What do you think of this copyright case? Let us know in the comments!