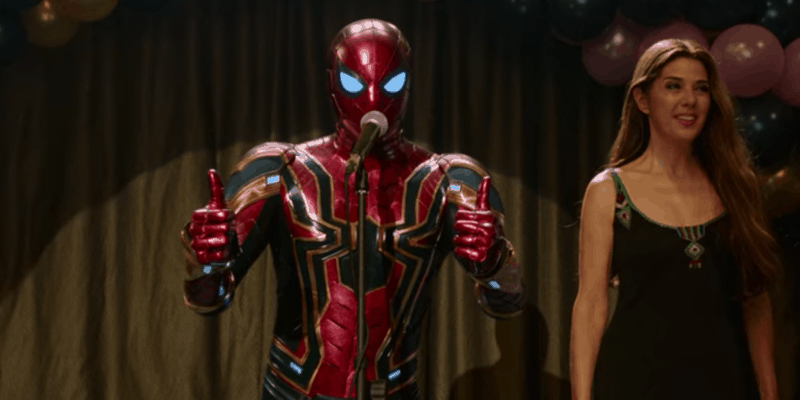 There is power in a name.

When Robert Downey Jr.’s Tony Stark said “I am Iron Man” at the end of his titular movie, it launched the Marvel Cinematic Universe. When Brie Larson‘s Vers proclaimed “my name is Carol”, it issued in the MCU’s powerful superhero, Captain Marvel. And when Vin Diesel spoke “I am Groot” for the entirety of Guardians of the Galaxy, it cemented him as one of Marvel’s most popular characters.

Now, the MCU has finally mentioned a key Marvel character’s name, but fans aren’t quite sure how they feel about it.

Marvel’s What If…? is a new animated series telling the stories of various alternate realities from across the Multiverse. Seemingly more important than was first thought, What If…? comes hot on the heels of Tom Hiddleston’s Loki which saw Loki and another Variant, Sylvie (Sophia Di Martino), face off against “He Who Remains” AKA Kang the Conqueror (Jonathan Majors) to ignite a new wave of Marvel stories.

Now five episodes strong, What If…? has already seen the return of some fan-favorite heroes and villains to the MCU, and most voiced by their live-action counterparts. Captain Peggy Carter (Hayley Atwell) debuted as the new super-soldier of the Marvel Universe after taking the serum instead of Steve Rogers (Josh Keaton).

The late Chadwick Boseman began his final Marvel studio outing as the new Star-Lord alongside Josh Brolin’s Thanos, the Earth’s Mightiest Heroes — including Black Widow (Lake Bell) and Thor (Chris Hemsworth) — came back, and Doctor Strange (Benedict Cumberbatch) destroyed time as we know it in the quest to save his love.

The latest outing for What If…? saw the MCU television debut of Marvel Comics’ Marvel Zombies.

Titled “What If…Zombies?!”, this new story saw a group of survivors including Peter Parker — although voiced by Hudson Thames and not the MCU’s Tom Holland — Okoye (Danai Gurira), Bucky Barnes (Sebastian Stan), Bruce Banner (Mark Ruffalo), and Hope van Dyne (Evangeline Lilly), among others, face off against hordes of zombies after Janet van Dyne and Hank Pym (Michael Douglas) inadvertently infect the United States with a virus.

The events that ensued were tragic, with some characters being killed and others having to continue their battle against the zombies — including a zombified Wanda Maximoff — but nestled in the mix of it all was a mention to a famous Spider-Man character. It’s a blink and you’ll miss it moment, and yet significant in such a large way.

Then in Spider-Man: Far From Home (2019), director Jon Watts includes another subtle indirect reference to Uncle Ben when a suitcase that Peter uses has the initials BFP engraved at the handle. BFP? Benjamin Franklin Parker.

And before all this, in Captain America: Civil War (2016) — the Marvel movie that marked Holland’s debut as Spidey — Peter seemingly references some important event when he says: “When you can do the things that I can, but you don’t, and then the bad things happen? They happen because of you.”

Ben Parker is a huge part of the Spider-Man mythos and pretty much the anchor in which Peter assesses his actions and responsibility as a superhero (“with great power comes great responsibility”). Created by Stan Lee and Steve Ditko, Uncle Ben is perhaps one of the most fundamental supporting Marvel Comics characters of all time.

Now, the MCU has finally mentioned Uncle Ben’s name for the first time in What If…?, five years after the character of Spider-Man first entered the expanding universe. And fans have thoughts.

One Marvel fan, KiraYagami (@LightIsJustice2), took to Twitter to shout about the episode.

Another user, Wanda Simp (@mcuscarwitch), joined in on the excitement over hearing Uncle Ben’s name in the MCU for the first time.

what if… episode 5 spoilers!!!

what if… episode 5 spoilers!!! ‼️‼️
–
–
–
–
–
DID PETER JUST MENTION UNCLE BEN IDK WHY BUT THAT SEEMS LIKE A BIG DEAL TO ME#WhatIfMarvel #WhatIf

On the other hand, some Spider-Man fans were left a little disappointed that Uncle Ben has only had one namedrop so far in the MCU. Omar (@OmarOVO24) said:

Uncle Ben is an integral part of Spider-Man’s character… a name drop will not do it for me pic.twitter.com/K4zLJS9gSI

You know what’s really sad? The fact that the first time we hear the name “Uncle Ben” spoken in the MCU is in the What If zombie episode. B R U H

You know what's really sad? The fact that the first time we hear the name "Uncle Ben" spoken in the MCU is in the What If zombie episode.
B R U H

Back in 2017, two of Spider-Man: Homecoming‘s writers, Jonathan Goldstein and John Francis Daley, spoke about how they might have included Uncle Ben in the first Spidey movie:

“We did talk about there being a scene where [May] references him directly,” Daley says. “It was when [Peter] was getting ready for homecoming and the wardrobe she was giving Peter was all Uncle Ben’s clothes. It was a nice moment, but we also knew that it veered away from his arc. If you’re going to talk about someone’s death, you don’t want it to be a throwaway.”

“Yes, Uncle Ben did exist in the MCU,” he replied “Yeah. I mean, we don’t know,” and then he took a long pause before adding “We never specifically say anything about him. So whether or not he’s around or not […] Everything’s on the table, is how I like to say it.”

Thoughts on Uncle Ben in the MCU seemed to have developed over the course of Spider-Man’s journey in Marvel Studios’ premier franchise so it will be interesting to see if Uncle Ben does make an appearance. In fact, as Spider-Man: No Way Home (2021) nears its debut, and with reported returns from characters in Sam Raimi’s Spider-Man (2002-2007), like Tobey Maguire’s Spider-Man, and Marc Webb’s The Amazing Spider-Man (2012-2014), it could possibly pave the way for a Multiversal Uncle Ben to enter the MCU.

Would you like to see Uncle Ben in the MCU? Let us know in the comments!