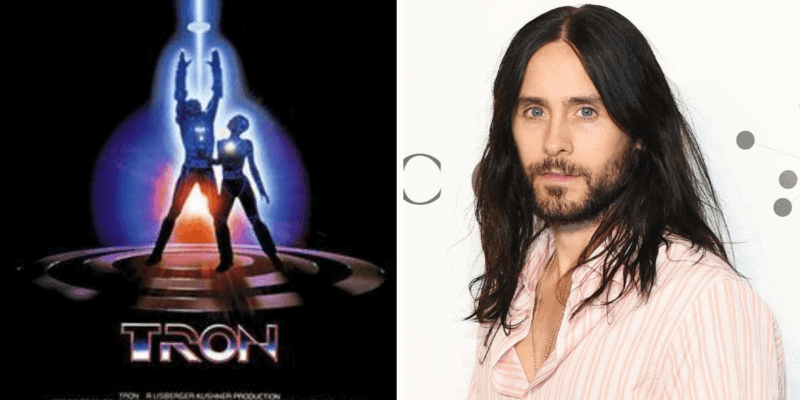 More data is coming in from “the Grid.” It is now being reported that the third movie in Disney’s digital Tron franchise will star the method actor, Jared Leto, and be directed by Garth Davis.

The news comes from Deadline which also reports that Leto has been attached to a third Tron film since 2017 and is also set to produce the film along with Justin Springer and Emma Ludbrook. As for Davis, while he was nominated for the Academy Award for Best Picture for his 2016 film, Lion, Tron 3 will be his first major big-budget project.

Details of this sci-fi film from the basic plot to Leto’s role are still unknown. But the apparent decision on the director, producers, and lead actor could signal even further that Disney is prepared to move on to the next steps.

At the beginning of July, we covered a story where Disney music executive Mitchel Leib shared his belief that it is time for the next Tron installment:

“Now with Disney+, I think there’s opportunities to be creating content that we otherwise wouldn’t have been able to create, you know because we’re in the movie business,” Leib explained.

“We’re in the big movie business, and unless it’s a big movie idea we don’t make small movies. We’re only after basically billion dollar box office hits. On the one hand, that’s great. On the other hand, that’s a very narrow sleeve to operate in, and Disney+ I think is going to afford us the opportunity to expand and get much more diversified in the kind of content we can create. And Daft Punk has a bit of a television and movie development company, and all kinds of things they’re into, businesses they’re into.

So I had lunch with Paul Hahn to further a bit of a starting conversation that we’re looking at making a sequel to Tron now, we’re looking at Tron 3. And we’ve got a great script, I mean a really phenomenal script that we’re very excited about. Whereas the timing wasn’t right to have done it years ago, I think we feel like the timing is right now, and I feel like we’ve learned a lot of lessons from that last movie.”

Disney’s Tron franchise began in 1982 with the release of the first film. Starring Jeff Bridges as Kevin Flynn, it was one of the first films to blend live-action and computer animation on a feature-length scale, and it became a cult classic. Tron: Legacy followed almost 30 years in which director Joseph Kosinski expanded The Grid and the Tron universe to include Flynn’s dark half, Garret Hedlund (Kevin’s son, Sam Flynn) Olivia Wilde, and Daft Punk.

Because of reasons that would spoil the movie for anybody who has not seen it, Disney was at a loss of where to take the franchise from the end of Tron: Legacy. At this point, only time will show us what they have come up with.

Are you a fan of the Tron franchise? Where do you think they could take this next film? Let us know in the comments!