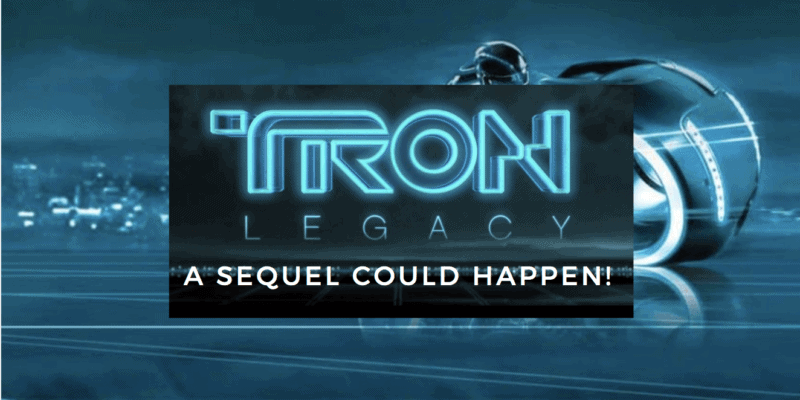 When Tron: Legacy,a sequel to the original 1982 Tron film, released in 2010, Walt Disney Studios was looking for the Tron franchise as a whole to become their next big hit.

Then, Disney’s 2009 acquisition of Stan Lee’s Marvel Studios and 2012 acquisition of Lucasfilm from George Lucas, took precedence. The Marvel Cinematic Universe and Star Wars series and films began to overshadow the Tron series.

Nonetheless, Tron: Legacy, much like the first Tron, has a passionate cult following. It also did fairly well at the box office, bringing in $400 million. Legacy was a major release with a well-known cast, starring Jeff Bridges, Garrett Hedlund, and Olivia Wilde.

The 2010 Tron installment was directed by Joseph Kosinski, with the original Tron movie’s director, Steven Lisberger, serving as producer. Fans of both Tron films have long hoped for a follow-up to Tron: Legacy and, now, Kosinksi has indicated that there is definite potential for a sequel to happen.

In a recent ComicBook.com interview, Kosinksi stated, “There’s always been an interest since Legacy [for a sequel]. There’s always been talk and murmuring of doing another and continuing the story. I was in China a few years ago and saw them building the TRON ride in Shanghai, which, apparently, is pretty amazing, I would love to experience that at some point.”

Koskinski continued, “I think it’s still a nice jewel in the crown of Disney IP and I think there are fans and people petitioning and pushing to continue it inside the halls of Disney. So I think it could happen. Like anything, it just needs the right confluence of … it’s all about timing and the right elements and everything’s got to come together for a movie to happen. I think it’s possible and I think it’s worthy of it.”

At one point, Disney had green-lighted a third Tron movie, with rumors of a Jared Leto connection, but the film never got off the ground.

Now, with Walt Disney World set to receive its own Tron Lightcycle Run roller coaster at Magic Kingdom park, it’s possible that the time is right for Disney Studios executives to consider making Tron a trilogy. Whether another addition to the Tron storyline would be released to movie theatres or straight to Disney+ remains to be seen.

What are your thoughts on continuing Kevin Flynn’s (Jeff Bridges) story with a third Tron movie? Tell us in the comments!