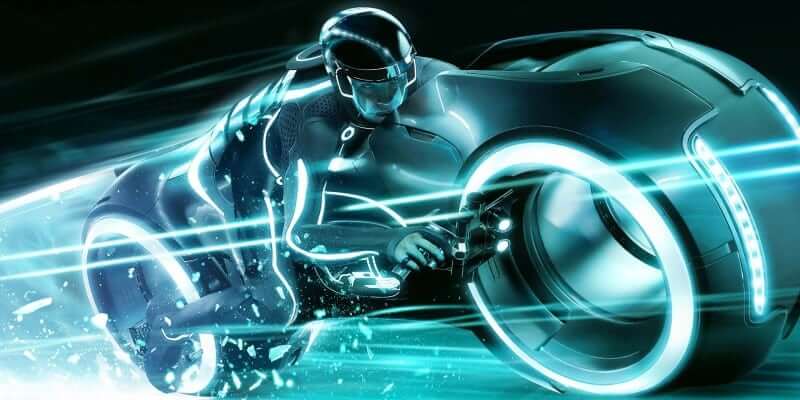 Walt Disney World Guests cannot wait until construction is complete on the highly anticipated TRON Lightcycle / Run roller coaster which is currently being built in Tomorrowland at Magic Kingdom.

And Disney Parks Blog is getting us all excited for its launch as they just released a new “Ride & Learn” video based on Shanghai Disneyland’s version of the attraction.

Disney Parks Blog writes, “In this new “Ride & Learn” video, you’ll discover all sorts of fascinating insights into the creation and story of this thrilling and iconic roller coaster attraction. The feeling of launching out under its undulating canopy is unlike anything else I’ve ever experienced in a Disney park (especially at night!).”

“So jump on your virtual lightcycle and sync the pedal to moto-metal while twisting, turning and riding for victory in the cyber-fi world of TRON! And keep checking back with us here at the Disney Parks Blog for more #DisneyMagicMoments like this one.”

You can check out the full video below.

Disney first announced a new TRON attraction would be coming to Magic Kingdom at Walt Disney World during the D23 Expo in 2017. The new ride is currently being built in a new area next Space Mountain.

You can watch Inside the Magic’s video on the announcement below.

TRON Lightcycle / Run is set to open at Magic Kingdom Park in time for Walt Disney World’s 50th anniversary in 2021.

Are you excited for the upcoming TRON Lightcycle / Run attraction? Let us know in the comments below.