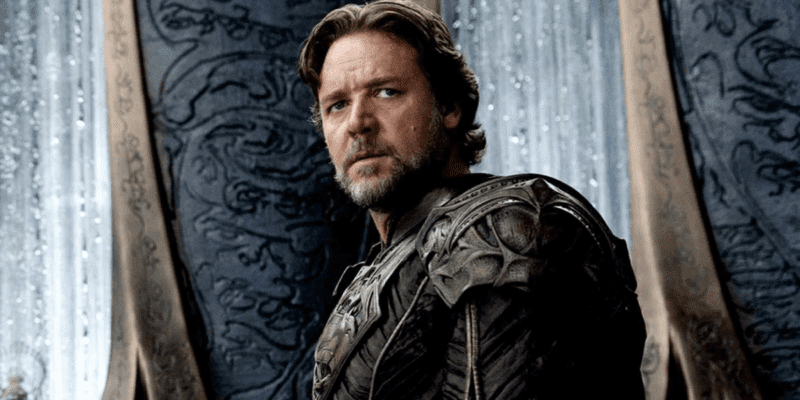 It was reported yesterday that Russell Crowe will be joining Aaron Taylor Johnson in Sony’s upcoming Marvel movie, Kraven the Hunter (2023).

This solo film focuses on one of Spider-Man‘s classic villains who is a master hunter. Aaron Taylor Johnson will star as Kraven the Hunter himself, though further details about the film are scarce at this time. The Hollywood Reporter shared that many cast members will be Kraven’s family members, so it wouldn’t be shocking if Crowe played the antagonist’s father, though this has not been confirmed.

It’s hard to guess whether or not Spider-Man will be in the film, as Sony has been expanding its non-MCU Marvel universe with several new movies, such as Jared Leto’s Morbius and Dakota Johnson’s Madame Web.

Morbius seemingly teases that Spider-Man exists in the Sony Universe, but the friendly neighborhood Spider-Man hasn’t made an appearance in any Sony project, partially due to licensing issue with Disney-owned Marvel Studios, where Tom Holland plays Spider-Man/Peter Parker in the Marvel Cinematic Universe.

Kraven the Hunter was teased in Spider-Man No Way Home (2021) as a silhouette of the character could be seen in one of the Multiverse cracks.

If Spider-Man was to appear in the film, it would be the first film where the web-slinger theoretically play an antagonistic role, though this is not likely.

Kraven was first introduced in 1964’s The Amazing Spider-Man No. 15 which was co-created by Stan Lee and Steve Ditko. The most notable storyline for Kraven would be the 1980s storyline “Kraven’s Last Hunt,” which had Kraven successfully capture Spider-Man and bury him alive. After this, Kraven stole Spider-Man identity before finally being stopped.

Fans are excited to see Aaron Taylor Johnson as Kraven the Hunter since the last time Marvel fans saw the actor was as Pietro Maximoff in Avengers: Age of Ultron (2015). It seems that this time the actor won’t end up riddled with bullets as his contract is a multi-picture deal. This means that Kraven will appear in several more projects after his initial debut. Kraven will also be appearing in the highly anticipated video game, Marvel’s Spider-Man 2 (2023) which will have the Russian hunter fight Spider-Man alongside Venom leaving fans to be very excited.

Kraven the Hunter will release in theaters on January 13, 2023.

If you are looking forward to other Sony projects, Morbius comes out on April 1, Spider-Man: Across the Spider-Verse (Part One) on October 7, and Madame Web is in the early stages of development.

Are you excited to see Russel Crowe in Kraven the Hunter? Let us know in the comments below!