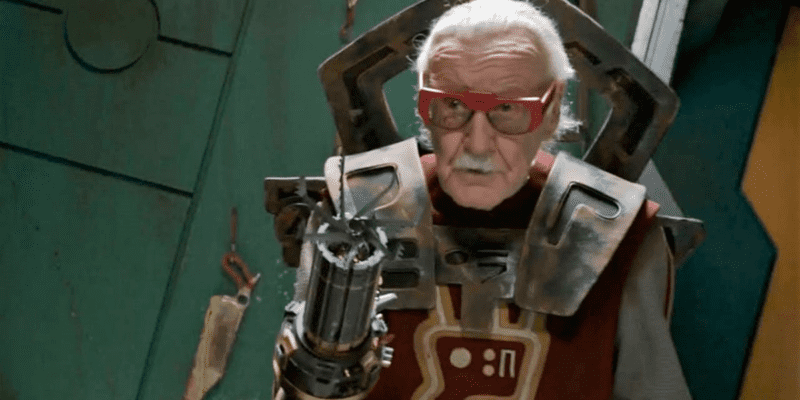 The latest entry into Kevin Feige’s Marvel Cinematic Universe, Spider-Man: No Way Home (2021), is breaking all kinds of records. From the biggest pandemic-era debut to netting Sony Pictures a sizeable sum in profit, Tom Holland’s most recent venture as the New York web-slinger has proven to be lucrative for movie theaters all around.

The Spidey feature has also once again proven that Marvel movies aren’t complete without lots of villains, and a nod to the late Marvel Comics legend, Stan Lee, and director Jon Watts included the iconic creator in a rather surprising way — even after the studio banned cameos after his death.

While rumors ran rampant, actors like Andrew Garfield — Peter Parker from Webb’s The Amazing Spider-Man (2012) and The Amazing Spider-Man 2 (2014) — continued to deny their involvement in the Marvel movie. It was seemingly quiet on the Tobey Maguire front, although Julius Dell actor, JB Smoove, did let slip that his favorite Spider-Man to work with was Maguire. On another note, Charlie Cox’s MCU debut as Matt Murdock AKA Daredevil from the Netflix series gained steam, even more so when Marvel boss Kevin Feige confirmed that Cox’s Devil of Hells Kitchen did exist within the realms of the MCU.

Oftentimes, with all the excitement of a new blockbuster release, it is easy to forget its roots. Thanks to creators like Jack Kirby, Steve Ditko, and Stan Lee, Marvel has endured over the years delivering fan-favorite characters and teams like Captain America, Black Panther, the X-Men, and the Eternals. Lee has appeared in a cameo capacity in most of the MCU’s feature films but after his death, the use of him was banned, with Marvel directors unable to include a cameo in their future works.

However, that does not stop them from honoring the Marvel legend by including easter eggs inside the film. That is what director Jon Watts did for his third Spider-Man outing. Watts returned to the helm of the Holland Spidey movie after his successful outings with Spider-Man: Homecoming (2017) and Spider-Man: Far From Home (2019). He is next tapped to direct the forthcoming MCU Fantastic Four movie.

Let’s take a look at how Watts included Lee in Spider-Man: No Way Home…

There’s no official screen grab of this moment yet, so the next time that you are heading to the theaters to watch Spider-Man: No Way Home, look at the license plate on the front of the taxi cab that is parked behind the MIT recruiter who Peter (Tom Holland) tracks down on the Doctor Octopus bridge. The plate reads 1228, and while Jon Watts usually puts references to comic book issues on the license plates in his movies (and there are some in No Way Home), this numerical combination actually calls out Stan Lee’s birthday, December 28.

While it was the MCU that consistently included Lee in their movies, his cameo appearances can be traced back to early 20th Century Fox — now 20th Century Studios — movies like Bryan Singer’s X-Men (2000), and then again in Sony and Raimi’s Spider-Man (2002).

Lee also broke the internet earlier this year when Marvel Studios released their summer sizzle reel narrated by the Marvel legend, leaving fans yearning for more stories from the iconic creator. It seems that one of Lee’s most iconic creations, Spider-Man, can still endure even after all these years, landing Sony and Marvel one of their biggest films ever.

Did you manage to catch this Stan Lee reference in Spider-Man: No Way Home? Let us know in the comments down below!