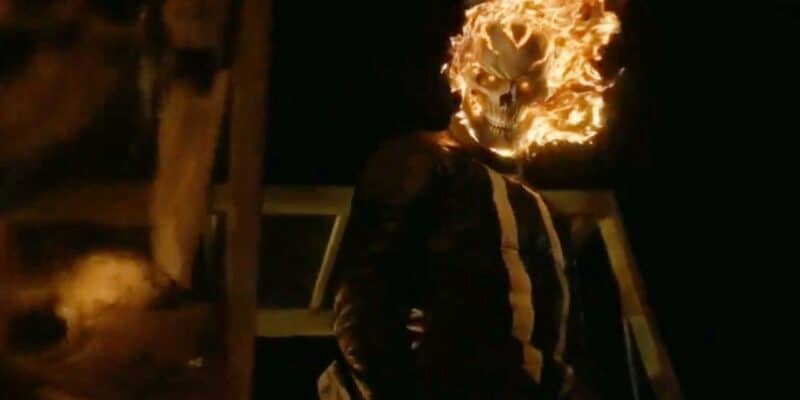 Before Charlie Cox made his Marvel Cinematic Universe debut as Hell’s Kitchen lawyer Matt Murdock/Daredevil in Spider-Man: No Way Home (2021), Marvel fans online had begged for the former Netflix star to reprise his role in Kevin Feige’s MCU.

Now that Cox is reportedly set to appear “everywhere” in upcoming MCU projects, and Daredevil’s Vincent D’Onofrio (Wilson Fisk/Kingpin) has also made his MCU debut in Disney+ Original series, Hawkeye, fans are turning their attention to a new mark on social media.

Ghost Rider, as one article noted, is “the new Daredevil” and MCU fans are ready to see Agents of SHIELD star Gabriel Luna reprise his role sooner rather than later.

Keep your spider-man multiverse. Give me the Ghost Rider multiverse please.

Keep your spider-man multiverse. Give me the Ghost Rider multiverse please. pic.twitter.com/ojMvOTRyEm

SPDRMNKYXXIII thinks that Ghost Rider could make his MCU debut as soon as March 30, when Oscar Isaac’s Moon Knight is set to premiere on Disney+ — and, the Twitter user isn’t the only one convinced that the Midnight Sons will be showing up. This rumor has persisted for weeks online:

What if they introduce Johnny Blaze in The Moon Knight show?

What if they introduce Johnny Blaze in The Moon Knight show?

explaining to kevin feige why keanu would be the perfect ghost rider pic.twitter.com/T9qzcfJyT2

You can catch Nicolas Cage as Johnny Blaze in Ghost Rider (2007) and Ghost Rider: Spirit of Vengeance (2011) while Luna’s Robbie Reyes appears in Agents of SHIELD Season 4 on Netflix.

Luna, who is arguably the fan-favorite to play the MCU’s Ghost Rider, previously shared:

“I try to stay in the moment. This is interesting, in talking to you, it’s the first time I’ve done some recollection of the experience. You never say no. You always say that it comes down to the story.”

“If it’s a great story and it makes sense and if I still feel the way I felt when I was reading for Jed and Moe that first day with Sarah Finn, it was a few years back, if I still feel it’s just like breathing, that’s what I felt with the character previously, then absolutely.”

Ghost Rider is available on Apple TV, where its description reads:

Johnny Blaze (Nicolas Cage) was only a teenaged stunt biker when he sold his soul to the devil (Peter Fonda). Years later, Johnny is a world-renowned daredevil by day, but at night he becomes the Ghost Rider of Marvel Comics legend. The devil’s bounty hunter, he is charged with finding evil souls on earth and bringing them to hell. But when a twist of fate brings Johnny’s long-lost love (Eva Mendes) back into his life, Johnny realizes that he might just have a second chance at happiness — if he can beat the devil and win back his soul.

To do so, he’ll have to defeat Blackheart (Wes Bentley), the devil’s nemesis and wayward son whose plot to take over his father’s realm will bring hell on earth — unless Ghost Rider can stop him.

When do you think Ghost Rider will show up in the MCU?