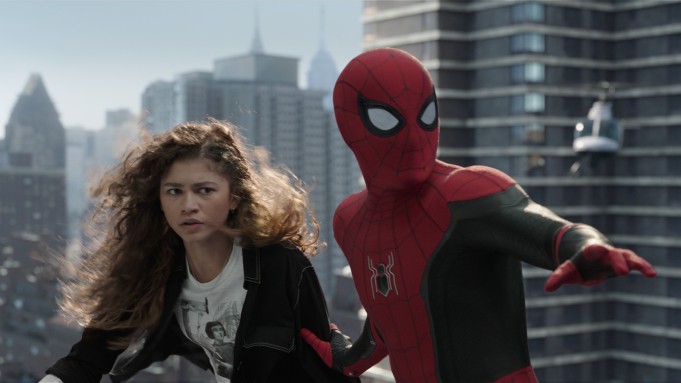 When Spider-Man: No Way Home hit theaters on December 17, 2021, it was already expected to be a mega-hit for Kevin Feige’s Marvel Studios and Sony Pictures.

For months prior to the Marvel Cinematic Universe film’s release, there were rumors that it would blow the “Spider-Verse” wide open with appearances by former Spider-Men Tobey Maguire and Andrew Garfield.

The reports, of course, turned out to be true, and fans flocked to their local movie theaters on opening night, giving both AMC and Cinemark massive boosts. Cinemark, for example, had their “best opening” of all time thanks to the Tom Holland and Benedict Cumberbatch-led film.

Now, after already skyrocketing to the second highest domestic debut numbers of all time — next to the MCU’s Infinity Saga conclusion, Avengers: Endgame (2019) — No Way Home has surpassed huge blockbusters like Disney’s The Lion King (1994) and Universal’s Jurassic World (2015) to land in the number six spot on the all-time global box office charts.

With an amazing $1.69B worldwide cume through Sunday, Sony/Marvel’s Spider-Man: No Way Home has become the No. 6 film ever globally, passing Jurassic World ($1.67B) and The Lion King ($1.662B) to get there. This includes a running $970.1M from the international box office, which should portend an eventual $1B overseas gross — and without a China bump. Domestic is at $721M+.

The current offshore session for the indefatigable webslinger added $27.7M in 63 markets, a drop of just 31% in the holdovers.

Throughout the COVID-19 pandemic, Marvel Studios has reigned supreme at the box office, with streamer Black Widow and Shang-Chi and the Legend of the Ten Rings both shattering records in 2021.

What do you think about No Way Home‘s wild success?