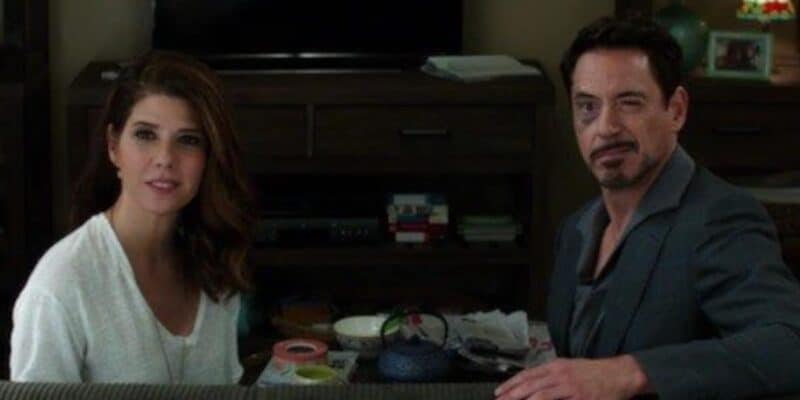 Now, Tomei has opened up about some plans for her character that never came to fruition in the Marvel Cinematic Universe, including the fact that the team had been “talking about” May having an LGBTQ+ relationship, until they decided, instead, that she should have a relationship with Tony Stark’s (Robert Downey, Jr.) chauffeur and confidante, Happy Hogan (Jon Favreau).

“At one point, before the idea of Happy showed up, there was a moment where I felt like, ‘Maybe she should just be with a woman.’ Because Ben is gone and who should she be with, and we were kind of talking about it.”

Tomei went on to say that she had, at one point, been gunning for producer Amy Pascal — who recently teased the potential for a second Spider-Man trilogy collaboration between Sony and Kevin Feige’s Marvel Studios — to play Aunt May’s love interest:

“I actually really wanted Amy Pascal from Sony to be my girlfriend. I was like, ‘No one even has to know Amy. I’ll just be in a scene and you’ll be over there and I’ll just be like, Hey,’ and it’ll just be a subtle thing.”

At this time, it seems that Tomei’s time in the MCU has come to an end, but now that the Marvel Multiverse has been broken wide open, never say never to a future appearance.

What did you think of Aunt May’s role in No Way Home?