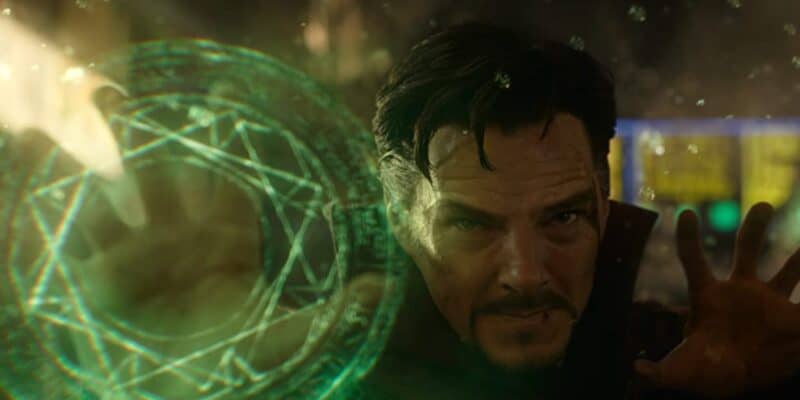 For Marvel Cinematic Universe fans, the Disney+ streaming platform has been a veritable bastion of new content since WandaVision — the MCU’s first official standalone series — debuted on January 15, 2021.

As it turned out, though, things were not as they initially seemed and Wanda had actually used chaos magic to create “the Hex”, trapping the citizens of Westview, all as a result of her immense grief following Vision’s death in Avengers: Infinity War (2018).

The scene, which serves as the first trailer for Doctor Strange in the Multiverse of Madness (2022), sees Doctor Strange (Benedict Cumberbatch) find Olsen’s Wanda, who is calmly hanging laundry, presumably on Wundagore Mountain.

The duo has the following conversation:

Wanda: “Oh, I knew sooner or later you’d show up. I made mistakes and people were hurt.”

Strange: “I’m not here to talk about Westview.”

As one recent article pointed out:

While she was first introduced in The Falcon and the Winter Soldier on Disney+, Julia Louis-Dreyfus’ Valentina Allegra de Fontaine came back in the post-credits scene of Black Widow alongside Florence Pugh’s Yelena Belova. However, she didn’t specifically touch on the fact that she’d met John Walker, mention what she did for her job, or anything along those lines.

This makes Doctor Strange’s comment the first official reference between a Marvel movie and any Disney+ series. Although we know all of the projects are interconnected, it is exciting to have the first actual reference point connecting the film and television spaces.

Following recent release delays, Doctor Strange 2 is set to release on May 6, 2022.

What do you think about the MCU’s movies and series finally officially referencing one another?