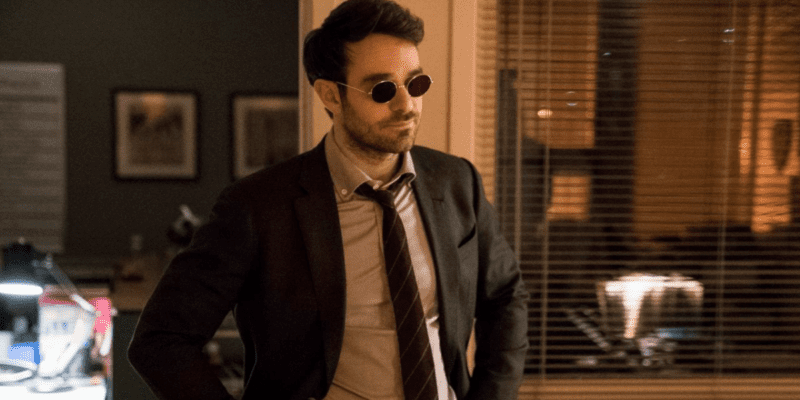 Marvel actor Charlie Cox is reportedly bringing his iconic Matt Murdock/Daredevil character to the Marvel Cinematic Universe in Spider-Man: No Way Home. To the delight of every Marvel fan, it’s now reported that Cox not only appears in No Way Home, but also three upcoming Marvel series.

Daredevil is undoubtedly the most well-received Marvel TV series before the Marvel Universe found its way to Disney+, ushering in instant classics suck as WandaVision and Loki.

Fast forward, and the Multiverse is expanding the Marvel collection like never before. While Charlie Cox’s Matt Murdock/Daredevil most likely resides in the same universe at Tom Holland’s Peter Parker that fans see on the big screen, Spider-Man: No Way Home (2021) is the perfect opportunity for Murdock to be officially introduced into the MCU.

Charlie Cox is reportedly receiving his own Daredevil series for Disney+, as well as appearing in two upcoming Marvel series:

It's insane how in Charlie Cox's first MCU contract he already got signed to 3 shows and a movie pic.twitter.com/CsbGqnuXfr

The source comes from Marvel insider Daniel RPK on Twitter, who originally revealed that Marvel Studios’ Kevin Feige is reportedly in discussions for a season four to Daredevil.

On top of that, Charle Cox’s Marvel character/superhero (and future Avenger?) is reportedly joining the upcoming streaming series Echo and She-Hulk — both of which take place in Marvel’s New York or require an attorney (queue Matt Murdock and Foggy Nelson).

With only one month until No Way Home hits theaters, fans are convinced that Marvel legends Tobey Maguire and Andrew Garfield are joining the MCU for Tom Holland’s last dance as Spider-Man.

On top of that, it’s clear that Peter Parker, Aunt May, and more need an attorney from Hell’s Kitchen, and that can only be Matt Murdock.

Do you want Charlie Cox to be in the MCU? Let us know in the comments below!