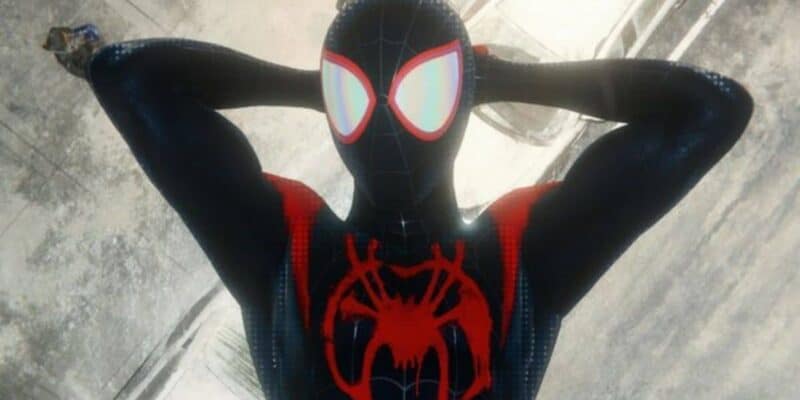 Rumors have it that Marvel Studios and Sony Pictures are in the early development of a live-action Miles Moral movie, and Tom Holland’s Spider-Man: No Way Home is the key for it to become a reality.

Soon after the Marvel movie was released in theaters and snagged an Oscar, every Marvel fan advocated that the superhero receive his own live-action film in the Marvel Cinematic Universe. Now, the rumors are starting to gain ground:

According to MCU Direct, Marvel Studios’ Kevin Feige and Sony Pictures are reportedly discussing the development possibilities of a live-action Miles Morales/Spider-Man film.

The timing couldn’t be more perfect.

The Marvel collection is expanding with the Multiverse (thanks to Loki), and now Spider-Man: No Way Home (2021) is exploring alternate universes (really, all of them) and combining them into an epic Marvel adventure with Tom Holland’s Peter Parker/Spider-Man.

Moving into the future of the MCU and Marvel Universe, Phase Five of the Marvel Cinematic Universe would serve as the perfect vessel for an MCU crossover with Sony’s Miles Morales.

The Spider-Verse is opening in No Way Home with Tobey Maguire and Andrew Garfield’s “Spider-Men” appearing alongside Tom Holland’s Spider-Man as they take on the Sinister Six (really, “Sinister Five”).

At the end of the official No Way Home trailer, Doctor Strange (Benedict Cumberbatch) states that “they’re starting to come through, and I can’t stop them.”

Considering that a Spider-Man Miles Morales doesn’t exist in Tom Holland’s universe (Earth-616), Strange could be referring to a slew of future Marvel characters, including the X-Men, Fantastic Four, and more.

But, more than likely, Marvel fans could see yet another Spider-Man swinging through Marvel’s New York in the near future.

On top of this, a live-action Miles Morales movie would introduce a live-action Spider-Gwen/Gwen Stacy (Hailee Steinfeld), one of the most anticipated Marvel characters to date.

Related: Marvel Confirms, ‘Rogers: The Musical’ Will Come to Life with Disney+ ‘Hawkeye’

With only one month until No Way Home hits theaters, fans are convinced that Marvel legends Tobey Maguire and Andrew Garfield are joining the MCU for Tom Holland’s last dance as Spider-Man.

Do you want a live-action Miles Morales movie? Let us know in the comments below!