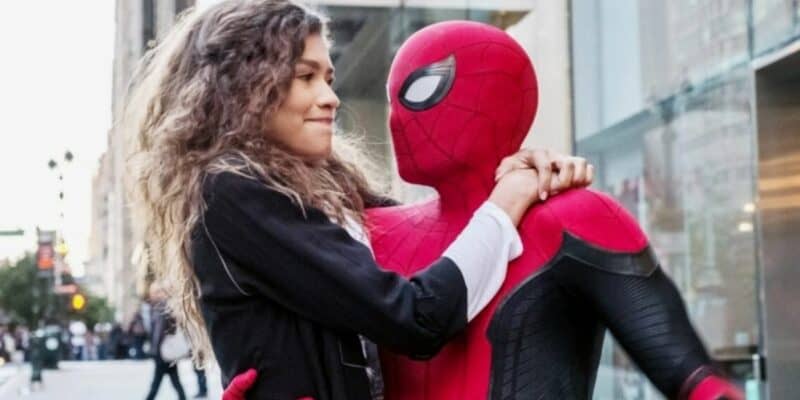 Every Marvel fan is on the edge of their seats as they wait for the second official trailer for Spider-Man: No Way Home, and with rumors circulating that “Spider-Men” Tobey Maguire and Andrew Garfield are appearing in it, the Marvel community is exploding with excitement. Ahead of No Way Home, Marvel actors Zendaya and Tobey Maguire were spotted in the same Los Angeles restaurant with an eye-raising surprise.

The Marvel Universe is ready to implode with Spider-Man: No Way Home (2021), and with the Multiverse (thanks to Loki), it’s more than likely we’re going to see iconic characters from alternate universes appear in the Marvel movie. Of course, Tobey Maguire’s at the top of this list.

A new photo spotting the Spider-Man (2002) star with Zendaya at the same restaurant in Los Angeles is raising eyebrows:

TOBEY AND ZENDAYA IN THE SAME PLACE?!?! WHAT IS HAPPENING?

Looking closely, fans can spot the enigmatic Tobey Maguire snapping a quick picture with Marvel fans at a disclosed LA restaurant. In the next photo, fans can spot Zendaya in the bottom left corner of the frame.

Who’s that sharing the frame? Spider-Man. And which two actors are in the same restaurant, only a few feet from each other, when the photo is taken? Spider-Man actors Tobey Maguire and Zendaya.

Interestingly enough, an individual is wearing a Spider-Man mask behind Zendaya.

It’s reported that Tobey Maguire and Zendaya were sharing the evening with a delicious meal in Los Angeles. Still, it’s interesting that the two were publicly spotted together ahead of Spider-Man: No Way Home.

Related: ‘Spider-Man: No Way Home’ Trailer Delayed Due to Disney and Sony Dispute

Too bad Marvel actor Tom Holland wasn’t at the dinner, or the Spider-Verse could have been confirmed!

Of all the stars you can share an evening with, it’s interesting that Zendaya and Tobey Maguire were publicly hanging out before the second No Way Home trailer debuts next week. These stars are humans, after all, but seeing the two together is sparking numerous Marvel rumors!

Many suspects that Tobey Maguire and Andrew Garfield’s “Spider-Men” are appearing in Marvel’s New York alongside Tom Holland’s Peter Parker.