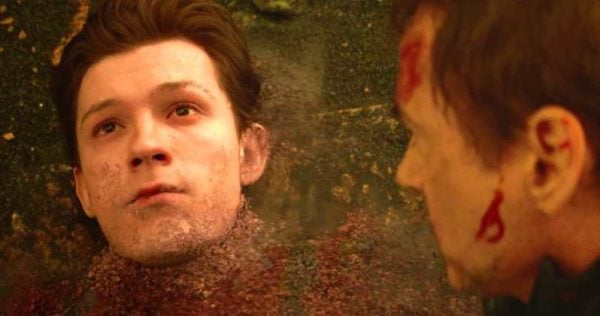 When it comes to the Marvel Cinematic Universe, many franchise fans are used to seeing the same character return and reprise their role within it. That being said, not all characters began their Marvel journey in Disney and Kevin Feige’s MCU.

When the Spider-Man live-action films began to be developed, we saw Sony take the reigns. For the first three films — Spider-Man (2002), Spider-Man 2 (2004), and Spider-Man 3 (2007) — we saw Toby Maguire helm the role of Peter Parker. The films were studded with stars such as Kirsten Dunst as Mary Jane Watson, Willem Dafoe as Green Goblin, James Franco as Harry Osborn, J.K. Simmons as J. Jonah Jameson, Alfred Molina as Doc Ock, and so many more. The Stan Lee creation was directed by
Sam Raimi to great success.

After three films, Maguire hung up the Spidey suit, and Andrew Garfield took on the role for two films. The Amazing Spider-Man (2012) and The Amazing Spider-Man 2 (2014) retold the story of Peter Parker and starred Emma Stone as Gwen Stacy, Parker’s main love interest. In this series of films, we did get to see new villains such as Jamie Foxx as Electro. Then, as Disney acquired Marvel, a new Spider-Man series was created (along with Sony continuing ownership) with Tom Holland.

Tom Holland has arguably become the most famous Spider-Man, as he has not only starred in his standalone films but other Avenger films as well. This December, fans are chomping at the bit to find out what is going to happen in Spider-Man: No Way Home, following the success of Spider-Man: Far from Home (2019) and Spider-Man: Homecoming (2017). Holland has acted as Spider-Man for years, even voicing the character in shorts.

When the animated series What If…? was released on Disney+, we saw another Spider-Man come into play in terms of the voice that was used as Hudson Thames voiced the role. Now, on Disney+ Day, we found out that a new animated series was coming to Disney, and it would show Peter Parker’s prequel in an animated fashion. Spider-Man: Freshman Year will soon be coming to Disney+ (among other announcements such as  X-Men ’97, What If…? Season 2, Echo, She-Hulk, and Agatha: House of Harkness), and it seems that Holland will not be acting as the voice of Parker in the series, and Marvel fans are not happy about it.

After we reported the news, plenty of Inside the Magic readers shared their disdain to see another actor have the title of Spider-Man in the MCU.

tom holland is the only one who play spiderman as i want. If tom Holland spiderman is shifting on sony then i also shifting to see only Sony universe movies

Peri does not think Holland should be exempt from any Spider-Man role.

Vicki does not think this decision is a good one.

I think it’s very bad judgement on Disney to replace him. There’s a lot of the younger generation that has grown up with Tom. He’s an excellent actor for Spider-Man.

Cheryl R. does not want to see Tom go in any capacity.

I agree, I really like Tom as Spidey they should keep him. I really don’t want to get use to anyone else. Please keep him.

Robert W. wants to keep Holland and thinks that he should have been the voice of Spider-Man for all live-action and animated versions.

Yes I like Tom. Why do we need to go through this every few years. I think he should have done What if voiceover. Someone should start a petition to keep Tom Holland around, instead of kicking him to the curb.

The majority of comments on the article continue to follow the same notion that Holland is a favorite for many, and Marvel fans would like to hear his voice animate the character. We have seen other voice actors step in to animate MCU characters, such as Robert Downey Jr. not voicing Iron Man/Tony Stark in What If…?; however, we did see many of the original MCU characters return to voice their roles in the animated series. At the moment, we do not know who exactly will be voicing the role of Parker in the new Disney+ series.

Luckily, Holland not voicing the character in the upcoming animated series does not mean that he will not continue to represent Spider-Man in the live-action Marvel films. That being said, it seems that Holland expects that one day, he may age out of the character as he has already given his advice to the next actor to take on the role.

As we previously discussed, speaking to Total Film (via The Direct), Holland stated:

“When they cast the young kid in Spider-Man to replace me, whether it’s next year or in five years, I’ll take it upon myself to teach them about the responsibilities of being Spider-Man. Because it’s huge. It’s absolutely huge. Every time you walk outside that door, you’re representing Spider-Man. It’s tough. It’s taxing sometimes. Because sometimes you just want to go to a pub and get absolutely wasted, and not have to worry about the ramifications of the public scrutiny of: ‘Oh my God, what do you mean you got drunk?’”

For now, Marvel fans can expect to see Holland again on the big screen on December 17. In the film, we will be able to see Tom Holland (Peter Parker/Spider-Man), and Zendaya (MJ) joined by Benedict Cumberbatch (Doctor Stephen Strange), Jon Favreau (Happy Hogan), Marisa Tomei (Aunt May), Jacob Batalon (Ned Leeds), and Alfred Molina (Doctor Octopus) as the confirmed cast at the moment. The official description of Spider-Man: No Way Home reads:

What is your opinion on other actors voicing MCU characters in animated series or films?