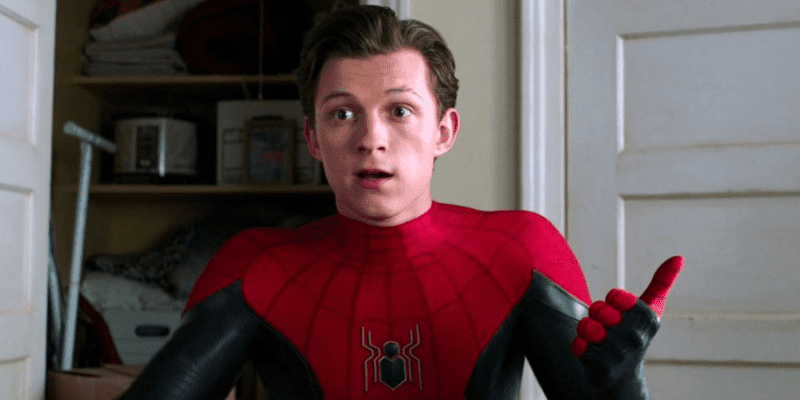 Though Tom Holland has one last run with a Marvel movie in Spider-Man: No Way Home next month, Marvel Studios isn’t wasting time moving on with Spider-Man without Holland under the mask.

The animated series follows Peter Parker on his way to becoming Spider-Man in the MCU, with a journey unlike we’ve ever seen and a style that celebrates the character’s early comic book roots.

It’s no secret that Tom Holland’s Marvel-Sony contract dealing with the film rights of Spider-Man in the Marvel Cinematic Universe is coming to a close with No Way Home, and every Marvel fan isn’t ready to say goodbye to yet another live-action Peter Parker.

In celebration of Disney+ Day, on November 12, 2021, Marvel Studios took to social media to announce a brand new, animated series showcasing the beginnings of the MCU’s Peter Parker becoming the superhero Spider-Man is coming to the streaming platform soon:

It’s unclear who will voice the hero from Marvel’s New York, but it won’t be Marvel star Tom Holland. Nonetheless, Spider-Man: Freshman Year is not a reboot of the character, but rather a prequel to the Peter Parker fans see in Spider-Man: Homecoming (2017).

Of course, it would make sense to have Holland return to voice the character, but it’s not uncommon for another voice to take over super hero characters in animated series.

Earlier this year, voice actor Hudson Thames took the reigns from Tom Holland in Marvel’s What If…?, the highly acclaimed animated series showcases alternate realities in the Marvel Universe. Though Holland has voiced that he wishes to stay Marvel’s Spider-Man, but Marvel and Sony are showing little signs extending their contract.

Highlighting Peter Parker’s younger years before becoming the hero of Hell’s Kitchen in the MCU will open many doors for the character, especially explaining what happened to this Spider-Man’s Uncle Ben.

There’s no official release date for the upcoming Spider-Man: Freshman Year, but executive producer Jeff Trammel will write the series.

Spider-Man broke through and became an international sensation with the Marvel Cinematic Universe.