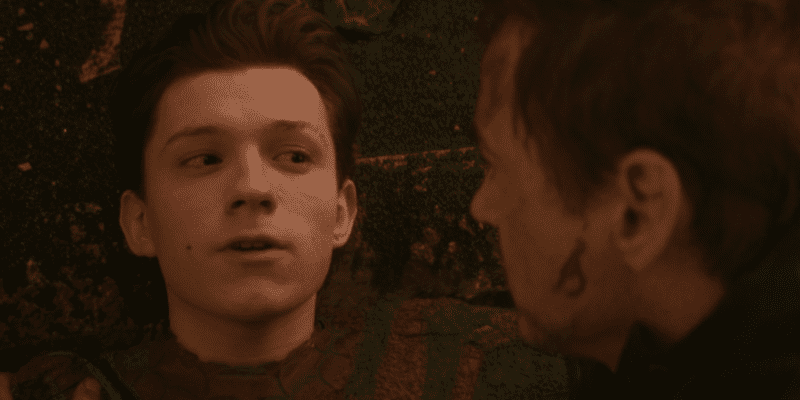 What a day for the web-slinger.

Actor Tom Holland, best known for bringing Spider-Man to the blockbuster screen in Marvel Studios’ and Sony Pictures’ two-hander franchise, has recently stated that December’s Spider-Man: No Way Home (2021) will be the end for the Homecoming trilogy, and teasing emotional moments for the characters involved in the Spidey threequel. And with big news comes a big responsibility…for the internet to weigh in on Holland’s comments.

Spider-Man: No Way Home is the sixth outing for Holland’s Peter Parker. The character first arrived in Kevin Feige’s Marvel Cinematic Universe, thanks to a sweet deal with Sony Pictures who own the character rights, in 2016’s Captain America: Civil War.

Unlike Sony’s previous Spider-Man outings, Sam Raimi’s Spider-Man (2002-2007) and Marc Webb’s The Amazing Spider-Man (2012-2014), the MCU iteration of the character bypassed the usual comic book origins of Peter’s spider bite and subsequent Spidey drama, and brought Holland’s hero into the mix as an already (kind of) fully-fledged superhero.

Spider-Man: Homecoming (2017) and Spider-Man: Far From Home (2019) saw Holland take center stage in his own solo outings, while the actor also became an Avenger in the Russo Brothers Avengers: Infinity War (2018) and Avengers: Endgame (2019). And even though Spider-Man was ousted from the Marvel Universe via Thanos’ (Josh Brolin) Snap, the character did return in the climax to the Infinity Saga battle. But, with Spider-Man: No Way Home inching closer, will Holland be so lucky this time?

In a recent interview with Entertainment Weekly, Holland hinted at how Spider-Man: No Way Home has been seen as the end of an era, and the final chapter in the Homecoming trilogy. He said:

While it hasn’t been a complete secret that Holland’s time as Spider-Man is likely to be up soon — the actor said back in July his contract would be up after Spider-Man: No Way Home, the actor’s recent comments have stirred up conflicting thoughts from Marvel fans over what a Holland-less Spider-Man world might look like.

There will never be a spiderman loved better than him. We gonna miss you @TomHolland1996

Yeah, ok. Tom Holland has done nothing but talk about how he loves playing Spiderman. Now we’re supposed to believe him when he says he’s done? He said himself that he wants to continue to be Spiderman after Far From Home

Yeah, ok. Tom Holland has done nothing but talk about how he loves playing Spiderman. Now we're supposed to believe him when he says he's done? He said himself that he wants to continue to be Spiderman after Far From Homehttps://t.co/DgYr86boEc

It’s true, Holland has always said he would come back as the character if and when the MCU needed him. However, with the agreement between Marvel Studios and Sony, Holland’s Peter Parker may not show up in the MCU in the future but in Sony’s Spider-Man Universe — the world of Marvel movies including Venom (2018), Venom: Let There Be Carnage (2021), and the upcoming Morbius (2022) and Kraven the Hunter (2023) movies.

Arianne (@arianne_soy) alluded to this, they tweeted:

Don’t worry too much about what #TomHolland said, it might be the end of the #SpiderMan #Marvel brought us but this isn’t a bad thing since there was a lack of many things comic Spiderman had, was and made. I’m sure #Sony will make more movies with Holland as Spidey

Don't worry too much about what #TomHolland said, it might be the end of the #SpiderMan #Marvel brought us but this isn't a bad thing since there was a lack of many things comic Spiderman had, was and made. I'm sure #Sony will make more movies with Holland as Spidey

That being said, with the MCU tackling the seemingly untameable Multiverse, Holland’s potential exit could pave the way for fan-favorite, Miles Morales, to enter the live-action universe. The Marvel Comics character first appeared for Sony in the Academy Award-winning, Spider-Man: Into the Spider-Verse (2018).

So while Holland’s comments have done more than capture the attention of the legions of Marvel fans worldwide, it may not all be as it seems — Holland may be back for more movies in the MCU, his character may fully move into Sony’s Spider-Man Universe, he could be replaced by a live-action Miles Morales, or literally any other scenario.

Sure, Holland has been known to let things slip regarding his movies but this could be a case that no one fully knows Spider-Man’s film future following the latest sequel film from director Jon Watts this December. Spider-Man: No Way Home will debut exclusively in theaters.

Until any more news comes, fans can look forward to Holland’s “final” outing as the web-slinger as well as performances from Alfred Molina as Doctor Octopus, Jamie Foxx’s villain Electro, a potential return of Spider-Man‘s (2002) Green GoblinWillem Dafoe, and maybe even cameos from Tobey Maguire and Andrew Garfield.

As Spider-Man and Doctor Strange (Benedict Cumberbatch) get enthralled in the Multiverse revealed in the trailer, it might possibly be the last time we see Holland, Zendaya (MJ), Jacob Batalon (Ned Leeds), and the rest of the cast in a film in the MCU…

What do you think of Tom Holland’s comments? Let us know in the comments down below!