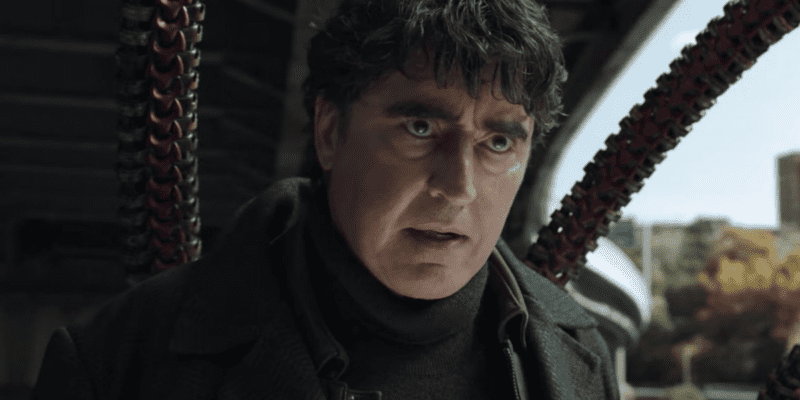 While Marvel Studios is known for their groundbreaking CGI and VFX, one editing mistake in the official trailer for Spider-Man: No Way Home changes everything.

You can watch the full trailer above.

In Brazil, most Marvel fans noticed that at the 0:55 second mark of the Brazilian No Way Home trailer, you could see the villain Lizard (Rhys Ifans) being kicked/punched in the face by an invisible character.

DID YOU PEOPLE SAW THIS??? LOOK AT LIZARD

DID YOU PEOPLE SAW THIS??? LOOK AT LIZARD pic.twitter.com/tiEAEg3iuv

In the United States and elsewhere, various versions of the trailers were edited for specific countries.

In Brazil, however, every Marvel fan noticed that when iconic characters Electro (Jaime Foxx), Sandman (Thomas Haden Church), and Lizard are lunging towards Tom Holland’s Spider-Man in Marvel’s New York, Lizard mysteriously swings his head to the left, insinuating that the Marvel character was kicked in the face by another Spider-Man.

However, Tobey Maguire and Andrew Garfield’s “Spider-Men” characters did not appear in the official trailer.

It’s clear that someone kicked Lizard midair. On top of that, it doesn’t make sense for the character to jump towards open space when Tom Holland’s Spider-Man is to the left of the character.

To the dismay of some, Sony and Marvel Studios’ Kevin Feige agreed on keeping the reveal of Maguire and Garfield’s Spider-Man characters for the Marvel movie, not wanting to spoil a significant event in a trailer.

Nonetheless, Lizard’s awkward movement confirms that another superhero/Avenger is punching the villain, and it’s not Doctor Strange (Benedict Cumberbatch).

It’s surreal thinking that Tobey Maguire might be in the Spider-Man suit again, along with Andrew Garfield — who previously stated he was not in the movie.

Marvel fans can watch the new Marvel movie Spider-Man: No Way Home in theaters on December 17, 2021.

Who is your favorite Spider-Man actor? Let us know in the comments below!