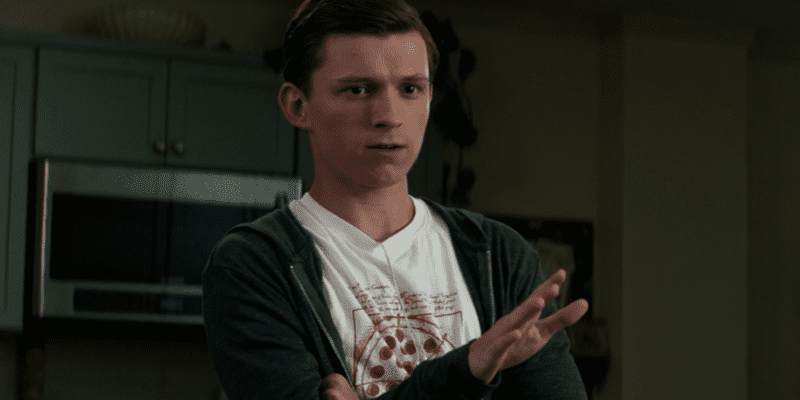 Tom Holland. The name on everyone’s lips. The leading man of this year’s most anticipated superhero sequel. Arguably, one of Hollywood’s biggest stars.

Holland has been the world’s live-action Spider-Man for the past five years ever since appearing alongside Captain America (Chris Evans) and Iron Man (Robert Downey Jr.) in Captain America: Civil War (2016), and as his third solo outing inches closer towards release, the actor has finally addressed being replaced as the web-slinging Marvel hero.

Benedict Cumberbatch will also have a starring role as Doctor Strange, seemingly picking up the mentor mantle left behind by Downey Jr.’s Tony Stark, after the character died in the Russo Brothers’ climactic Avengers: Infinity War (2018) and Avengers: Endgame (2019) finale.

No Way Home aside, Marvel seems to already be moving on without Holland’s Spidey. A few days ago, The Walt Disney Company announced on Disney+ Day that a new animated series called Spider-Man: Freshman Year will release along with a plethora of other new Marvel content like X-Men ’97 — a reboot of the fan-favorite animated X-Men series — and What If…? Season 2. Other projects like Echo, She-Hulk, and Agatha: House of Harkness, also received big mentions during the two-year anniversary celebrations.

Spider-Man: Freshman Year may be a pivotal moment for Marvel Studios as Holland wraps up his contract with Spider-Man: No Way Home. The actor, who will appear in next year’s Uncharted (2022), has always said he would be back as Peter Parker as and when Kevin Feige’s studio needed him. This year, reportedly due to contractual issues with Sony, Holland was replaced with Hudson Thames in Marvel’s What If…?, and now the actor has some words for his future Spidey replacement — whoever that may be.

Speaking to Total Film (via The Direct) Holland had some emotional words for the next person set to take the Spider-Man mantle. He said:

“When they cast the young kid in Spider-Man to replace me, whether it’s next year or in five years, I’ll take it upon myself to teach them about the responsibilities of being Spider-Man.”

“Because it’s huge. It’s absolutely huge. Every time you walk outside that door, you’re representing Spider-Man. It’s tough. It’s taxing sometimes. Because sometimes you just want to go to a pub and get absolutely wasted, and not have to worry about the ramifications of the public scrutiny of: ‘Oh my God, what do you mean you got drunk?'”

Holland recently hit the headlines for his rumored romance with co-star Zendaya. Something both have not denied and leaned into — the pair are now seemingly open about sharing their love for each other. In some more comments, the Spider-Man star addresses his role-model status as the Avenger.

“When you meet these young kids, and they’re at the age where they can’t really figure out whether it’s real or not, it’s so exciting. I always do the accent and chat to them. It’s really fun. And it’s a responsibility I’ve really loved carrying. But, when someone else takes my place, I will be sure to give them some advice about how to deal with it and give them my number, and basically say, ‘Whenever you need me, mate, I’m here.'”

Word on whether each franchises’ respective Peter Parkers will appear in Watts’ threequel is still up in the air. Both Tobey Maguire and Andrew Garfield have been heavily rumored to appear in Spider-Man: No Way Home, as well as possibly Kirsten Dunst (Mary-Jane Watson), Emma Stone (Gwen Stacy), and Charlie Cox (Matt Murdock/Daredevil).

There is also the growing Sony’s Spider-Man Universe with Morbius (2022) and Kraven the Hunter (2023) coming in the near future. The end of Tom Hardy’s Venom (2018) sequel, Venom: Let There Be Carnage (2021) seemingly teased a major Sony and MCU crossover event, but just how that will play out for Marvel fans remains to be seen.

Who would you like to see play Spider-Man next? Let us know in the comments below!