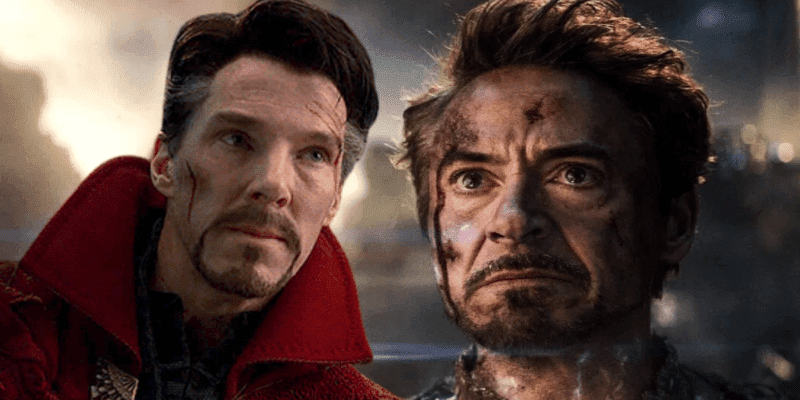 The Marvel Cinematic Universe is always moving forward. Marvel’s Phase 4 is taking fans to the new Marvel Multiverse and it is doing it all without the two characters who led Phases 1-3: Tony Stark AKA Iron Man (Robert Downey Jr.) and Steve Rogers AKA Captain America (Chris Evans).

The question has become who will lead the Avengers now?

Marvel fans have focused on Doctor Strange (Benedict Cumberbatch) as the Sorcerer Supreme is already set to appear in two upcoming Marvel movies: Spider-Man: No Way Home (December 17, 2023) and Doctor Strange in the Multiverse of Madness (March 25, 2022).

The Marvel Cinematic Multiverse, which came into being at the finale of the Loki series on Disney+, is all building up to the Doctor Strange (2016) sequel. Universes are expected to collide in No Way Home and the trailer revealed that Doctor Strange is to blame.

Doctor Strange already seems to be taking Tony Stark’s place by becoming a mentor to Peter Parker AKA Spider-Man (Tom Holland). Though much like Tony, maybe the Marvel universe would be better off without his help as Steven Strange casts a spell to erase the post credit scene from Spider-Man: Far From Home (2019), when Quentin Beck AKA Mysterio (Jake Gyllenhaal) revealed his identity to the world.

The spell gone awry is rumored to bring the Spider-verse to the Marvel Cinematic Universe. Fans believe previous Peter Parker actors Tobey Maguire and Andrew Garfield will appear alongside Tom Holland in the Marvel movie. Along with confirmed villains like Alfred Molina’s Doctor Octopus and Willem Dafoe’s Green Goblin.

It seems as though, while Tony Stark might be gone his ability to make things worse while trying to help is still strong in the MCU. Maybe Doctor Stephen Strange should not be following so closely in his awesome facial hair bros‘ footsteps?

Benedict Cumberbatch is currently promoting his new film The Power of the Dog alongside co-star Kodi Smit-McPhee, which recently premiered at the Toronto International Film Festival.

Variety recently sat down with the Marvel actor to ask him: “as he [Doctor Strange] becomes more central to this universe is he becoming the new Iron Man. Is he now the leader of the Avengers?”

Benedict Cumberbatch responded with a short “I’d have to think about that one.”

There is definitely a void to fill in the Avengers. The post credit scene of Shang-Chi and the Legend of the Ten Rings hinted that Carol Danvers AKA Captain Marvel (Brie Larson) and Bruce Banner AKA Hulk (Mark Ruffalo) have taken on more responsibility with Earth’s Mightiest Heroes and they are working with Doctor Strange’s companion Wong (Benedict Wong).

Multiverse of Madness is rumored to be taking Doctor Strange and Wong into the Dark Dimension where they will meet Ms. America AKA America Chavez (Xochitl Gomez). From there, the rumor is the Sorcerer Supreme will have to stop a villainous Wanda Maximoff AKA Scarlet Witch (Elizabeth Olsen) from destroying the Marvel Universe in search of her twin sons.

The Eternals trailer also revealed that Ikaris (Richard Madden) would more than willing to become an Avenger if it meant that he could lead the team. But only the future will reveal who will replace Iron Man in the MCU. Doctor Strange would be a better candidate if he was a better team player.

Let us know in the comments if you think Doctor Strange should lead the Avengers.