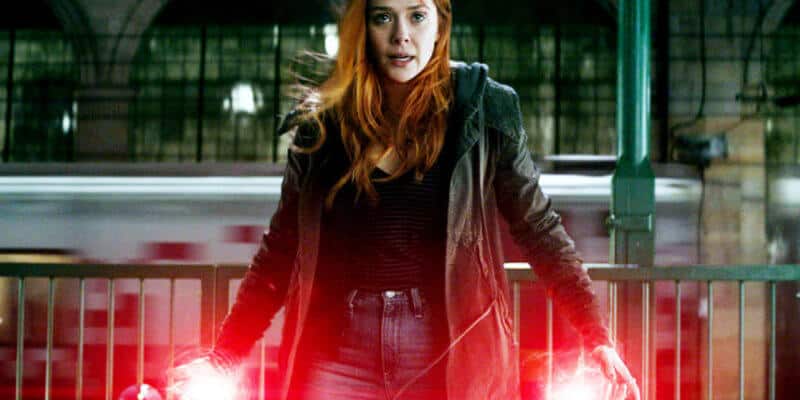 One of the best in-jokes of the Marvel Universe is Wanda Maximoff’s mysterious accent. The explanation that both Elizabeth Olsen and TPTB gave for Wanda’s “disappearing” accent made sense: after spending some time in the States and as an Avenger, Wanda was able to acclimate to the country’s language. She also had to learn to cover her accent for Avengers/undercover purposes.

Still, fans love to call out (however jokingly) the inconsistency. When Wanda was introduced in Age of Ultron, she hailed from Sokovia and spoke with a heavy accent indicative of her country. Her accent remained present throughout Captain America: Civil War but by the time we got to Avengers: Infinity War, Wanda’s accent had disappeared completely. It’s remained gone ever since, with the very subtle return during a confrontation with S.W.O.R.D., where she used her Scarlet Witch magic in WandaVision.

But that might change. In an oral history of WandaVision from Rolling Stone, Olsen hinted that despite owning the disappearance of her accent, it might be on its way to a return. For a reason.

“I do have to say that in [Wanda’s next appearance, in 2022’s] Dr. Strange [in the Multiverse of Madness], after the experience she has in WandaVision, she goes back to an accent that’s more true to her,” Olsen says in the interview.

She doesn’t elaborate on whether that’s a Sokovian accent we already know or something else, but it definitely implies that after undergoing such a deep character journey on WandaVision — one that took her through her grief and trauma and allowed her to fully emerge as the superhero The Scarlet Witch — she’s more comfortable embracing her past.

Olsen also noted that after years of playing the character, she feels more comfortable towards her which has allowed her to inhabit her more faithfully. As she told the magazine, “now that I feel a little bit more ownership of the character, I feel like she does retreat back to having this more honest expression.

Are you excited for Doctor Strange in the Multiverse of Madness? Let us know in the comments!