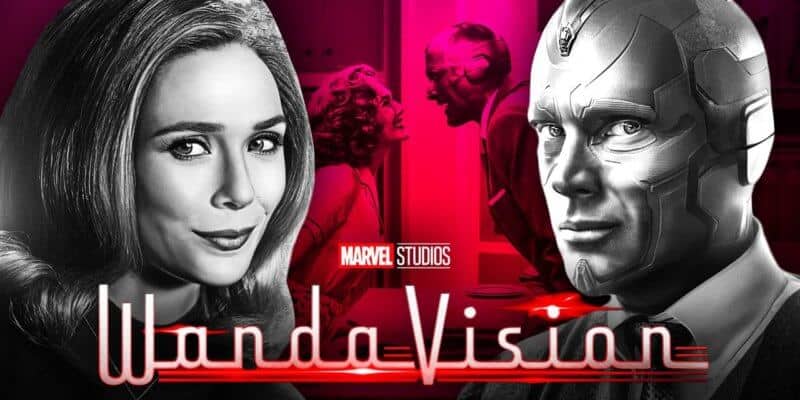 There is a lot that goes into the creative process when making a television show — especially a behemoth of a show will be the very first television series within the Marvel Cinematic Universe. Enter WandaVision.

Figuring out how the Paul Bettany and Elizabeth Olsen-led series would tie into the MCU, what would happen to the characters — which will have a direct impact on the rest of the universe — and who should even be featured were all things that Marvel President Kevin Feige and Co. had to evaluate. There was a lot to consider with WandaVision and the options were undoubtedly overwhelming.

However, sometimes there are aspects of the show that come to the creators like a bolt of lightning. The lightning could hit right away and feel like the most natural thing in the world, or it could come after hours of deliberation and make you wonder why you didn’t see it before. Such a bolt seemed to hit Feige when it came to naming WandaVision.

Feige recently sat down with Rolling Stone magazine and discussed the interesting way the title of WandaVision came around and the film that influenced the decision. Feige stated:

“I didn’t want to call the show Wanda and Vision or The Scarlet Witch and Vision. I was at the AFI [American Film Institute] luncheon in 2018 and I remember looking at the board where it listed the top 10 films and seeing BlacKkKlansman. I remember thinking, ‘How cool is that? They just mushed those two words together and the audience just accepts that as a title.’ So I thank Spike Lee for making BlacKkKlansman. I know that’s the weirdest connection ever, but that’s how it came about.”

Well, Feige was right about that. He just combined the names Wanda and Vision and everyone who watched was completely fine with the choice. In fact, it’s hard to think of another title that would work so well with the show that Marvel Studios created, particularly given that the series was an ode to classic sitcoms and the title actually sounded like something from The Dick Van Dyke Show era!

Even though WandaVision was extremely popular and received rave reviews, the show was only created to last one season — at least as far as we know after Marvel teased a Season 2. For fans who want more from the MCU, The Falcon and the Winter Soldier recently wrapped and can be viewed in its entirety on Disney+.

Loki will also premiere on Disney+ June 9, 2021, with rumors of at least three seasons swirling.

What do you think about the crazy way that WandaVision got its title? Let us know in the comments!

Comments Off on Kevin Feige Reveals How ‘WandaVision’ Got Its Title