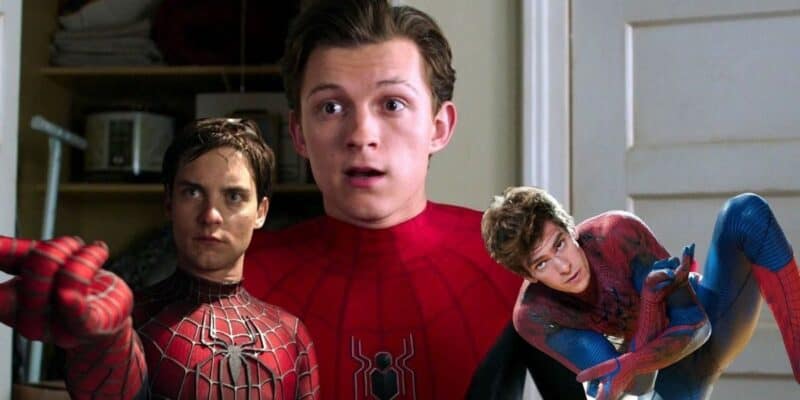 No Way Home will be following the two previous MCU Spider-Man films starring Tom Holland as Peter Parker/Spider-Man. This film will follow Spider-Man: Homecoming and Spider-Man: Far From Home, as well as the various Avenger films that Holland starred in.

As we have reported in the past, “Spider-Man: No Way Home will feature Benedict Cumberbatch in his fan-favorite role as Doctor Strange, alongside Zendaya (MJ), Jacob Batalon (Ned Leeds), Marisa Tomei (May Parker), and Jon Favreau (Harold “Happy Hogan), in a Multiversal series of events. The Multiverse was first seen in the MCU in the Disney+ series Loki starring Tom Hiddleston, and most recently in What If…?.” We will also see characters from the previous Spider-Man films in the Sony franchise, such as Alfred Molina (Doctor Octopus), which has catered to the rumor that Andrew Garfield and Tobey Maguire will return as well.

Although all three Spider-Man actors have spoken out against this rumor, fans continue to believe that it will still happen. We recently reported on the possibility that Charlie Cox would return as Daredevil in the film, and in our reporting, found what some are calling “leaked” photos from the film, which have Maguire in his Spider-Man costume. The images could be real, but also may be photoshopped, and now, it seems that Tom Holland is continuing to defend against the idea that there will be multiple versions of the superhero in the film.

In a recent interview with Gamesradar, Holland spoke out again on the rumors.

“People don’t believe me when I say that [Maguire and Garfield] are not coming back. But people are going to have to believe me at some point.” He laughs. “It means a lot to me. The first time you see Doc and the rest of the characters that come back, it’s so exciting – and it’s such a huge moment in cinematic history. It’s three generations coming together.”

On one end, some fans may want to believe Holland as he has repeatedly said the same claims. Still, on the other, there could very well be a chance that anyone associated will deny the potential appearance until the film comes out on December 17, 2021.

The official description of the next Marvel movie reads:

For now, we will have to continue looking for clues to see if we can solve this mystery, or else, we will just have to wait for the movie to come to theaters!

What do you think? Will we see three Spider-Man actors in the new film?

Comments Off on Tom Holland Begs Marvel Fans to Believe Him, Tobey and Andrew Will Not Return