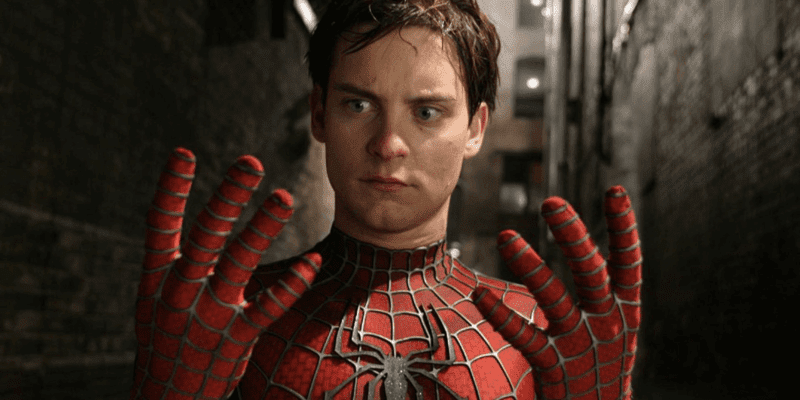 It seems that Marvel Studios’ upcoming Spider-Man: No Way Home (2021) has had more anticipation than any other MCU movie before it.

Now, it seems the eagerly-awaiting second trailer for the Marvel movie is delayed due to an apparent dispute between Disney and Sony.

The appearance of characters from Sam Raimi’s Spider-Man and Marc Webb’s The Amazing Spider-Man franchises in the leaked trailer last month made fans believe that Peter Parker actors Tobey Maguire and Andrew Garfield will be appearing alongside Tom Holland in No Way Home, especially with the introduction of the Multiverse.

Now, it has been reported that Disney and Sony are debating whether to include Maguire and Garfield in the second trailer for the Marvel Studios movie coming this December.

According to CinemaBlend’s Sean O’Connell, Marvel fans will have to wait longer for the trailer due to a dispute over whether to include “them”:

As for that #SpiderManNoWayHome trailer and why it’s not finalized? One studio wants to show THEM, and the other is very much

As for that #SpiderManNoWayHome trailer and why it’s not finalized?

One studio wants to show THEM, and the other is very much pic.twitter.com/1Rn6m2iGI3

Of course, if this is true it would confirm rumors and months of speculation regarding the cast of No Way Home, and the appearances of Tobey Maguire, from Sam Raimi’s Spider-Man trilogy, and Andrew Garfield, from Marc Webb’s The Amazing Spider-Man franchise.

In a recent interview with Empire Magazine, Tom Holland hinted at the multitude of actors fans will see, calling it “crazy”. It seems as though Holland thought Marvel Studios and Sony were trying to do the impossible – bring “everyone” together from the previous Spider-Man franchises.

Even if the second trailer is delayed, Marvel fans don’t have long to wait to see the movie. Spider-Man: No Way Home will be released in cinemas on December 17, 2021.

Do you think Maguire and Garfield will join Tom Holland in the third Spider-Man movie? Let us know!