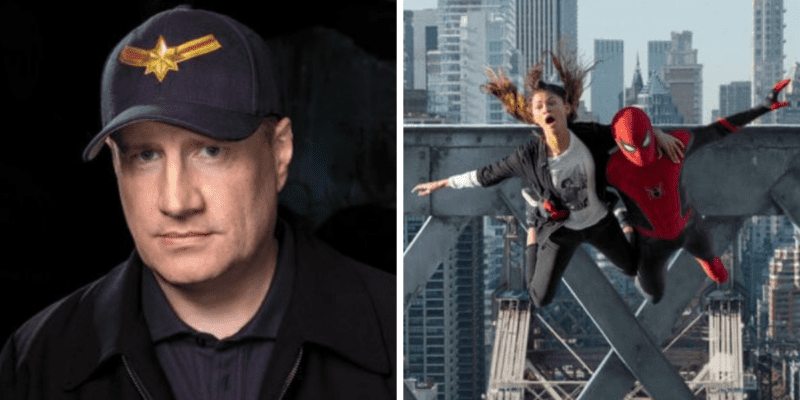 It feels like Marvel Studios’ upcoming Spider-Man: No Way Home (2021) has had more rumors surrounding it than even Avengers: Endgame (2019).

Now, it seems Feige is cautioning fans over building expectations based on rumors.

With the opening of this Multiverse, bringing in other variants of Spider-Man to fight alongside Tom Holland is more possible than it has ever been.

The appearance of characters from Sam Raimi’s Spider-Man and Marc Webb’s The Amazing Spider-Man franchises in the leaked trailer last month made fans believe that Peter Parker actors Tobey Maguire and Andrew Garfield will be appearing alongside Tom Holland in No Way Home.

Of course, many rumors about MCU movies have been proven to come true, but it seems Kevin Feige doesn’t want fans focusing too hard on the bringing together of old Spider-Man actors.

In an interview with Empire Magazine, Tom Holland hinted at the multitude of actors fans will see, calling it “crazy”. It seems as though Holland thought Marvel Studios and Sony were trying to do the impossible – bring “everyone” together from the previous Spider-Man franchises.

It looks like No Way Home’s second trailer is being released soon, so maybe then Marvel fans will have their first look at Tobey Maguire and Andrew Garfield back in their Spidey suits. Spider-Man: No Way Home will be released in cinemas on December 17, 2021.