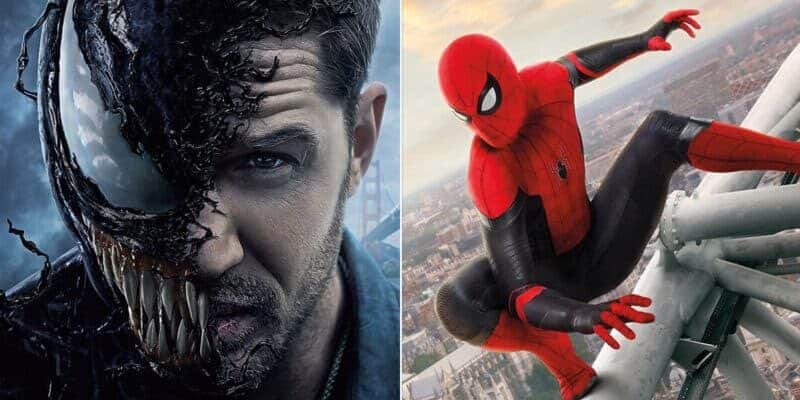 Venom: Let There Be Carnage is expanding the “Spider-Verse” this year, but Marvel wants to keep as much as possible under wraps until Spider-Man: No Way Home hits theaters on December 17, 2021. However, Google may have just spoiled a huge cameo by posting the official cast of No Way Home, which seemingly includes Tom Hardy as Eddie Brock/Venom.

Thanks to the Multiverse (and Loki), the Marvel Cinematic Universe is shaking up its Marvel collection with iconic characters. Marvel characters like Daredevil (Charlie Cox) and Venom (Tom Hardy) have every right to appear in Marvel’s New York — either standing with or against the Avenger Spider-Man (Tom Holland).

When Googling the cast for Spider-Man: No Way Home, every Marvel fan can see Tom Hardy’s face at the bottom of their screen with “Eddie Brock” under his image.

The above screenshot was captured October 12, 2021, but another recent screenshot of Google’s listing for No Way Home‘s cast on October 13 reveals Google removed the name of one important actor: Charlie Cox.

Many fans are hoping that Cox’s hero joins Marvel’s Avengers in the MCU, especially after Avengers: Infinity War (2018) and Avengers: Endgame (2019) taking out a good portion of the team.

The list includes Tom Holland, Zendaya, Alfred Molina, Jaime Foxx, and Benedict Cumberbatch as their respective roles. So who’s to think Google isn’t stating that Tom Hardy is appearing as Eddie Brock in a post-credit scene or even in the final film.

Let the Marvel conspiracy theories rise. Did we just catch a plot leak? It’s possible, but it is worth noting that IMDb does not list either Hardy or Cox on the Spider-Man: No Way Home casting, but that could always change.

On the other hand, if Marvel hasn’t signaled Google about Tom Hardy’s appearance in Spider-Man: No Way Home, why would the Dunkirk (2017) actor be included in Google’s cast list for the film?

Google has let it slip in the past about potential appearances of familiar characters like Tobey Maguire and Andrew Garfield’s Peter Parkers appearing reportedly alongside Deadpool actor Ryan Reynolds in Doctor Strange in the Multiverse of Madness (2022). Of course, Google quickly took down the names from the cast list, but it does raise the eyebrows of Marvel fans, especially since this incident occurred again.

Nonetheless, Marvel has not officially stated if Hardy or Cox are appearing in the film, but this Google slip certainly raises the eyebrows of Marvel fans.

With the multiverse expanding the Marvel Universe, Phase four and thereafter of the MCU could include Marvel character Venom or superhero Daredevil in streaming series, TV shows, or feature films.

Alfred Molina’s Doctor Octopus and Willem Dafoe’s Green Goblin are leading the Sinister Six in Spider-Man: No Way Home, and now Tom Hardy’s villain Venom could be joining the team with their great power and undying hunger.

Do you think Tom Hardy and Charlie Cox are in the Marvel movie? Let us know in the comments below!