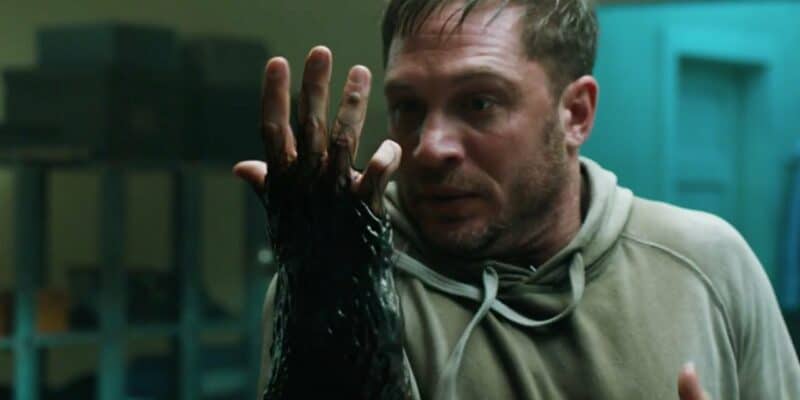 With Sony Pictures’ Venom: Let There Be Carnage set to debut in theaters on October 1, 2021 — two weeks ahead of its originally scheduled release date — Marvel fans’ excitement for the movie is ramping up.

Let There Be Carnage is the sequel to Venom (2018), which was a surprising hit both critically and financially. In addition to Tom Hardy’s Eddie Brock/Venom, the film is set to star Woody Harrelson as Cletus Kasady, who first appeared in the Venom post credits scene.

As the Marvel community gears up for both Venom: Let There Be Carnage and the Marvel Cinematic Universe’s Spider-Man: No Way Home on December 17, 2021, the question on everyone’s minds, of course, is whether there will ever be a crossover event that sees Hardy’s Venom and Tom Holland’s MCU version of Spider-Man meet one another.

Hardy, for his part, recently said he “would do anything to make that happen.”

In another recent interview with Entertainment Tonight Canada, Hardy also shared details about how the various “-verses” — that is “Venom-verse,” the “Spider-verse,” and the Marvel Multiverse — could all converge in the future:

“There’s a Venom-Verse, you know, there’s a Spider-Verse, there’s multiverses, there’s all kinds of canon and lore and mythology to explore both laterally and forward in time. I think with the right people and the right planning, and feedback from the audience, and understanding it’s about making the right choices at the right time… Even with foresight of understanding where things may go already or they wish to go, it’s a combination of all those in the alchemy of what it will be.”

While Venom and Spidey’s universes remain separate for now, it seems that the duo are almost certain to meet in Kevin Feige’s MCU Multiverse in the future.

Do you want to see Venom and Spider-Man face-off in the Multiverse?