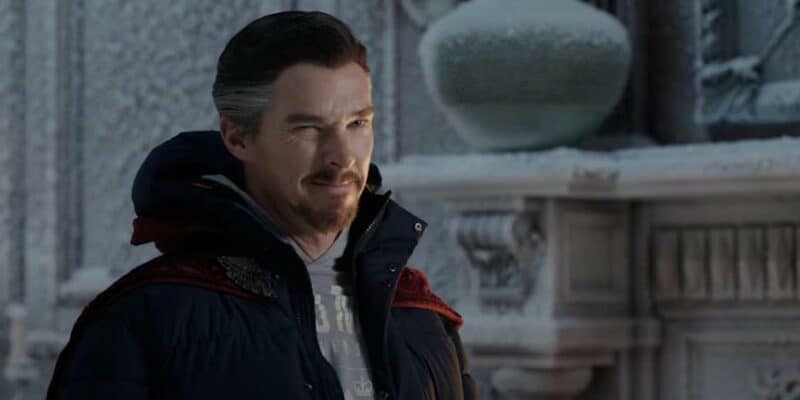 When Spider-Man: No Way Home debuts on December 17, 2021, it will mark the end of an era in Kevin Feige’s Marvel Cinematic Universe.

The third installment in the MCU’s Spider-Man trilogy — which also includes Spider-Man: Homecoming (2017) and Spider-Man: Far From Home (2019) — will mark the final movie in Tom Holland’s contract with Sony and Marvel Studios.

This isn’t to say, of course, that the Spider-Man/Peter Parker actor couldn’t return in the future, but there is something that feels quite final about No Way Home and its foray into the Marvel Multiverse — although Tobey Maguire and Andrew Garfield still remain adamant they aren’t involved, despite reports to the contrary.

One actor whose involvement in the upcoming Marvel movie is clear, however, is Benedict Cumberbatch (Doctor Stephen Strange).

Doctor Strange — and his now-iconic Columbia University sweatshirt — plays a major role in the long-awaited first trailer for No Way Home, and now, Cumberbatch has spoken out about the film.

“It’s gonna be a great film, I think. I think Jon Watts is a genius, all that team was on those three films are vastly brilliant.”

“Jon [Watts] is great, he’s got such a light touch, he’s so assured though. He’s great to hang out with on set. He’s very witty, but incredibly generous and supportive. Everything you want in a director. He’s young, he’s energetic, he gets the kids – I call myself an ‘older person’ to the older people. It’s an atmosphere on that set. It’s a bonded group, they’ve done three now, beautiful work environment. I really really enjoyed being on that set, I really did.”

As for Cumberbatch, his time in the MCU certainly isn’t over, with Doctor Strange and the Multiverse of Madness coming next year. The Sam Raimi-directed “horror” film will also star Elizabeth Olsen reprising her role as Wanda Maximoff/Scarlet Witch.

The official synopsis of Spider-Man: No Way Home reads:

In addition to Holland and Cumberbatch, the film will see the return of Zendaya (MJ), Jon Favreau (Happy Hogan), Jacob Batalon (Ned Leeds), and Marisa Tomei (Aunt May).

Are you excited for Spider-Man: No Way Home to hit theaters?