Andrew Garfield Rejects Involvement in 'Spider-Man': It Will Be "Really Disappointing" - Inside the Magic 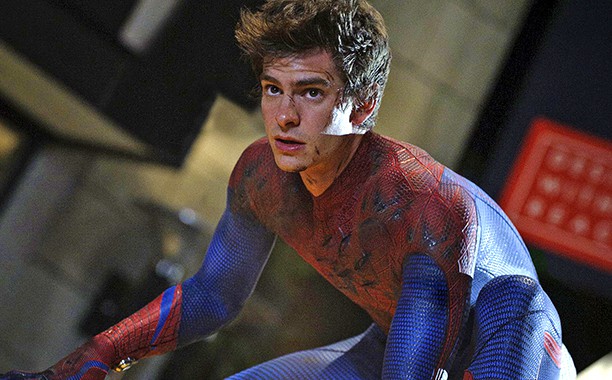 Ever since the latest Spider-Man: No Way Home trailer dropped, fans have been looking for clues as to what will turn up in Marvel’s Phase 4 lineup, especially who exactly will be starring in the film.

The largest piece of speculation from Marvel fans is that previous Peter Parker actors Tobey Maguire and Andrew Garfield will appear alongside Tom Holland in the Marvel movie. We know that Holland’s Parker, alongside Doctor Strange (Benedict Cumberbatch), will open the Multiverse, so the possibility of having the other Spider-Men return from previous films seems plausible.

That being said, there has been no official confirmation on this, and now, Garfield is speaking out on the rumor (again), defending that it is false but acknowledging that no one will believe him. In a recent interview with Variety, Garfield noted:

“I understand why people are freaking out about the concept of that because I’m a fan as well. You can’t help but imagine scenes and moments of ‘Oh, my God, how f***ing cool would it be if they did that?’” he says. “But it’s important for me to say on the record that this is not something I’m aware I am involved in. But I know I’m not going to be able to say anything that will convince anyone that I don’t know what’s happening. No matter what I say, I’m f***ed. It’s either going to be really disappointing for people or it’s going to be really exciting.”

Interestingly enough, Garfield notes that he must state “on the record” that he does not know about his involvement in the project. Although he may be telling the truth, this can also be something Garfield is contractually required to say, as his involvement, if true, is clearly a secret.

We have also recently reported that both Maguire and Garfield are rumored to appear at the end of the second Spider-Man: No Way Home trailer. There’s no official word on when the second No Way Home trailer will debut, but many speculate October. Considering super villains from previous Spider-Man franchises like Alfred Molina’s Doctor Octopus and Willem Dafoe’s Green Goblin will appear, it seems that having the first two Spider-Men is the next logical move.

For now, if the rumors are true, it seems that no one will be breaking their silence. Spider-Man: No Way Home will debut on December 21.

Do you think Tobey Maguire and Andrew Garfield will be in the new Spider-Man movie?

Comments Off on Andrew Garfield Rejects Involvement in ‘Spider-Man’: It Will Be “Really Disappointing”