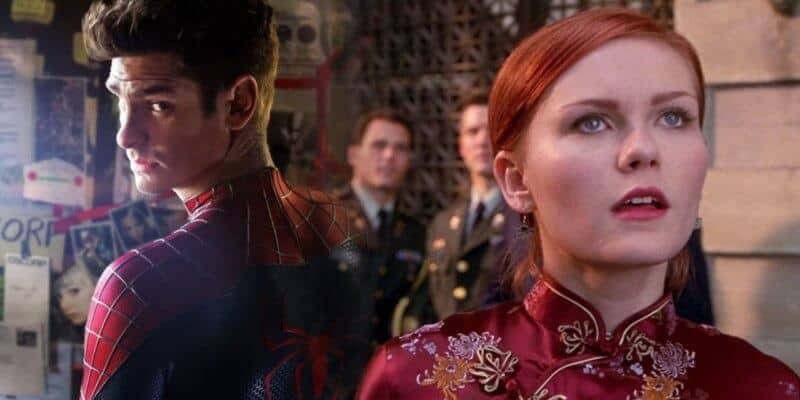 For months, rumors have swirled that upcoming Tom Holland MCU movie, Spider-Man: No Way Home (2021) — a follow-up to Spider-Man: Homecoming (2017) and Spider-Man: Far From Home (2019) — would feature past non-MCU Spider-Man movie characters, including Tobey Maguire, Kirsten Dunst, and Andrew Garfield.

Despite the fact that Holland has denied that Maguire and Garfield will be making cameos in No Way Home, a new IMDb update may indicate that Dunst is set to make her MCU debut.

It is worth noting that most IMDb users can make updates to film pages, similar to how users can alter Wikipedia articles.

However, Won-Ling has previously worked on a number of prior Marvel Cinematic Universe titles, including Iron Man 2, The Avengers, Captain America: The Winter Soldier, Avengers: Age of Ultron, Captain Marvel, Avengers: Endgame, and Spider-Man: Far From Home.

Intriguingly, it seems that the costume designer has never worked with Dunst previously — and, as a matter of fact, works almost exclusively with Samuel L. Jackson, who plays Nick Fury in Kevin Feige’s MCU.

For now, keep in mind that Dunst’s appearance in No Way Home is unconfirmed by Marvel Studios and Disney executives, so take the IMDb post with a grain of salt.

Presumably set to bring the Marvel multiverse to the big screen for the first time ahead of Doctor Strange and the Multiverse of Madness (2022) — Loki will also explore the multiverse on Disney+ — Spider-Man: No Way Home is confirmed to feature Tom Holland reprising his role, Zendaya as MJ, Benedict Cumberbatch as Doctor Stephen Strange, Marisa Tomei as Aunt May Parker, Angourie Rice as Betty Brant, Jamie Foxx as Max Dillon/Electro, Alfred Molina as Otto Octavius/Doctor Octopus, and Jacob Batalon as Ned Leeds.

What do you think? Will Kirsten Dunst appear in the Marvel Cinematic Universe this year?