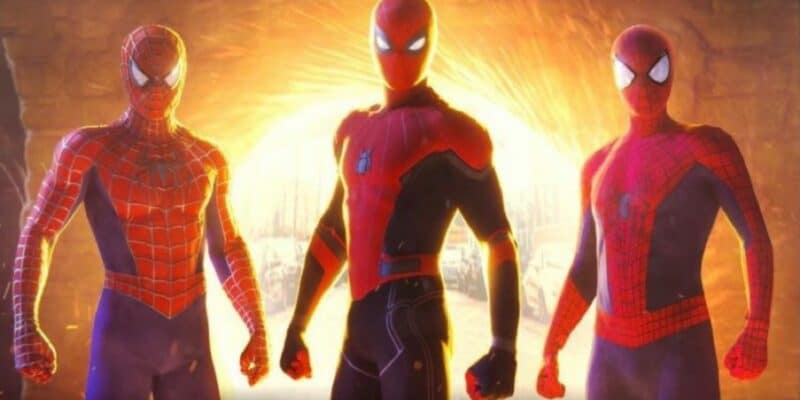 Every Marvel fan has been on the edge of their seat for months, waiting for news regarding Spider-Man: No Way Home, the most anticipated Marvel movie since Avengers: Endgame. Now, it seems that fans are predicting that the second groundbreaking trailer for No Way Home could debut sometime today.

Marvel has been holding back a slew of advertising material, including official posters that theaters can use to promote the film that’s less than two months away.

Never before has Marvel been so secretive about a movie, especially when releasing the full, official trailer. As a result, it fuels fan theories that previous Spider-Man actors Tobey Maguire and Andrew Garfield are joining the Marvel Cinematic Universe to fight against the Sinister Six.

I think it will be either the 28th October or the 1st November https://t.co/499Ashs4PU

While many sources claim that even “insiders” on the film don’t know precisely when the second Spider-Man: No Way Home (2021) trailer will release to the public, many fans noticed something strange on multiple Sony’s YouTube channels.

It seems Sony pictures has a hidden video on there channel.
Just putting it out there it could be anything but we can only hope it’s no way home.

It seems Sony pictures has a hidden video on there channel

Just putting it out there it could be anything but we can only hope it's no way home pic.twitter.com/tZ11Mp8lSS

It appears that Sony has listed a new video, “Hidden,” meaning that they’ve uploaded a new video for release, but hid it from the general public.

Considering that they recently released the official trailer for Uncharted (2021), another Tom Holland movie, fans are speculating that the hidden video is none other than the No Way Home Trailer.

With leaks coming at fans left and right, it’s hard to know which sources to trust. As always, take these speculations and reports with a grain of salt.

Nonetheless, Marvel has something massive coming to the Marvel collection of iconic characters with the Multiverse. Spider-Man: No Way Home will directly impact the future of the MCU, including Doctor Strange in the Multiverse of Madness (2021) and streaming series on Disney+.

Whether it’s introducing new characters like Daredevil (Charlie Cox) or Venom (Tom Hardy) to the MCU, there’s a very good reason Marvel is limiting any news coming from the movie. Fans can watch Spider-Man: No Way Home in theaters on December 17, 2021.

More about No Way Home

After a groundbreaking teaser trailer “leaked” on the internet before its official release, Marvel fans have been on red alert for new content surrounding the movie.

Avengers: Infinity War (2018), Avengers: Endgame (2019), and Spider-Man: Far From Home (2021) are in the culmination of the epic ‘Spider-Man’ trilogy. Spider-Man’s great strengths are being put to Alfred Molina’s Doctor Octopus and the villain Green Goblin (Willem Dafoe) team together with the Sinister Six to squish Spidey.

When do you think the second No Way Home trailer will release? Let us know in the comments below!