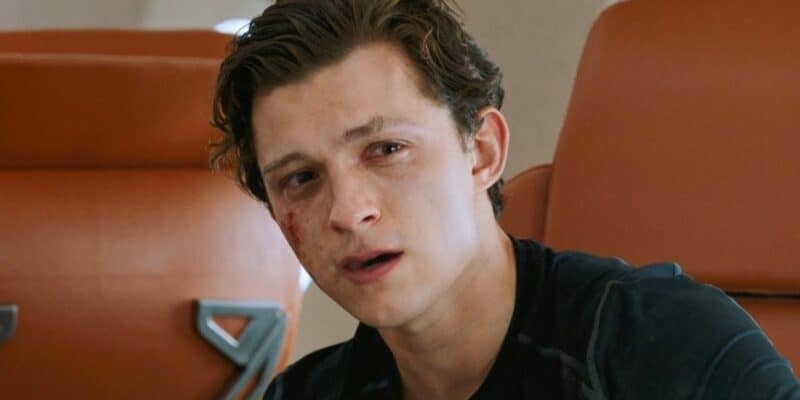 Like Robert Downey, Jr.’s Iron Man character in the Marvel Cinematic Universe, Tom Holland’s Spider-Man is irreplaceable in the MCU. Though Spider-Man: No Way Home is Tom Holland’s last movie in the famous Disney/Sony Spider-Man contract, new reports hint that the studies are working on a new trilogy of Spider-Man films with Tom Holland leading the way.

Now, reports suggest that the two studios are attempting to extend Tom Holland’s contract into a new Spider-Man trilogy and even Disney+ series:

The rumor I heard is that Disney and Sony reaching that Spider-Man streaming deal was the first stepping stone in further strengthing the relationship between the two companies. The premise is that following the release of Spider-Man: No Way Home, Peter Parker’s story will continue in an alternating format. Marvel Studios seems to be planning to expand his story by having the usual three live-action film trilogy for the character along with three seasons of a Spider-Man Disney+ show, where each season will fill in the gap between each movie release. The first could very well be the newly announced Spider-Man: Freshman Year, a show that will serve as the MCU Peter Parker’s origin story.

No matter who your favorite live-action Spidey be, every Marvel fan can agree that Tom Holland brought a fresh take to the long-lived Peter Parker character. Undoubtedly one of the most popular superheroes, Spider-Man’s stories of saving Marvel’s New York, will continue to live on for new generations.

Fans are taking to social media to express their thoughts and excitement.

With the series’ announcement colliding with rumors suggesting that Tom Holland could receive a new Spidey trilogy and spinoff Disney+ series, some fans are confusing Freshman Year with the rumors. While it’s exciting news that fans are getting a Peter Parker MCU show, Spider-Man: Freshman Year would be separate from the proposed Spider-Man series that current rumors are suggesting.

Since Holland’s current Marvel contract expires with Spider-Man: No Way Home, the most ambitious and anticipated Marvel movie since Avengers: Endgame (2019), fans aren’t ready to meet yet another Peter Parker —  especially within the MCU.

While the Marvel Collection is growing, Tom Holland’s Peter Parker has numerous opportunities to stay, especially with an Avengers 5 movie coming soon.

Related: ‘Spider-Man: No Way Home’ Will Release in Theaters Multiple Days Early, For Some

Earlier this year, voice actor Hudson Thames took the reigns from Tom Holland in Marvel’s What If…?, the highly acclaimed animated series showcases alternate realities in the Marvel Universe. Though Holland has voiced that he wishes to stay Marvel’s Spider-Man, Marvel head Kevin Feige takes precautionary measures to ensure that the MCU’s Peter Parker can still tell new stories without Holland under the mask.

There’s no official word from Marvel Studios or Sony, but having the chance to further Tom Holland’s Peter Parker’s story in long-form with three new films and streaming series like The Mandalorian would offer the chance to introduce characters like Kraven the Hunter, Hobgoblin, Spider-Man 2099, and more!

The Marvel Universe is ready to expand with the Multiverse (thanks to Loki), and Tom Holland’s run is far from being over if these rumors come true.

Spider-Man broke through and became an international sensation with the Marvel Cinematic Universe.