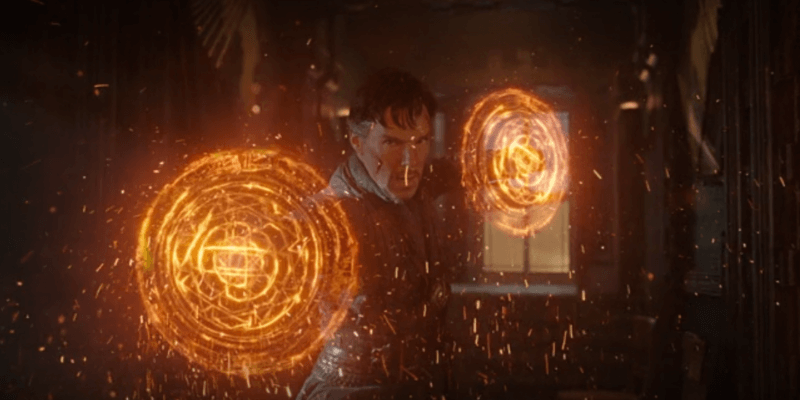 Fan-favorite Marvel Cinematic Universe actor Benedict Cumberbatch has been busy making the press rounds preparing for the release of Spider-Man: No Way Home — in which he stars alongside Tom Holland (Spider-Man/Peter Parker) — but the Sherlock lead is also apparently working hard to reshoot major portions of his upcoming solo film, Doctor Strange In the Multiverse of Madness.

Insiders say that Benedict Cumberbatch and company are undertaking six weeks of reshooting, if not more, working six days a week for #DoctorStrange in the Multiverse of Madness.

Insiders say that Benedict Cumberbatch and company are undertaking six weeks of reshooting, if not more, working six days a week for #DoctorStrange in the Multiverse of Madness: https://t.co/mkn3DM3c1B pic.twitter.com/yAd30Hyqve

Insiders say that Cumberbatch and company are undertaking six weeks of shooting, if not more, working six days a week. Sam Raimi remains as helmer, and Loki head writer Michael Waldron is still on board writing the new material. It is unclear what actors on top of Cumberbatch are involved.

Elizabeth Olsen (Wanda Maximoff/Scarlet Witch) is set to reprise her role in the upcoming Doctor Strange 2, while reports abound that Tom Hiddleston (Loki), Owen Wilson (Agent Mobius M. Mobius), and Sophia di Martino (Lady Loki/Sylvie) will return in the Multiverse-centric film. This would be unsurprising since Loki officially introduced the Marvel Multiverse and the Time Variance Authority.

The article went on to share additional details about what is motivating the “significant” reworking of the project:

Several factors appear to be driving the shoot. One insider said about two weeks are dedicated to principal photography that was held over from the initial shoot that took place in the U.K. due to what is described as actor availability issues.

Doctor Strange In the Multiverse of Madness was among the 2022 Marvel movies that were recently pushed back to later in the year — its release date has been delayed from March 25, 2022, to May 6, 2022.

Marvel President Kevin Feige and other executives have not yet commented on the ongoing reshoot situation.

What do you think about Doctor Strange 2 undergoing major reshoots?