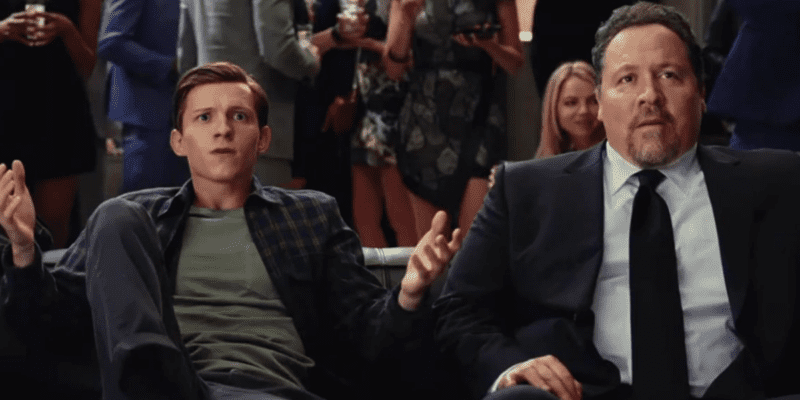 There’s a flurry of theories surrounding Spider-Man: No Way Home (2021) after Sony Pictures finally released the official trailer of the Marvel Cinematic Universe.

While many of those theories relate to “Spider-Men” Tobey Maguire and Andrew Garfield, a quick-cut scene in the trailer seemingly confirms the fate of fan-favorite Marvel character Happy Hogan (Jon Favreau):

Marvel fan @andrewsvisual on TikTok made an eye-opening discovery in the No Way Home trailer.

While there’s an overwhelming amount of action taking place in the epic Tom Holland Marvel film, Electro’s entry into the Marvel Cinematic Universe (along with the rest of the Sinister Six) features a deadly explosion in Marvel’s New York.

Happy Hogan and Aunt May (Marisa Tomei) will undoubtedly team up in No Way Home while Peter Parker/Spider-Man, MJ (Zendaya), and Ned Leeds (Jacob Batalon) take on the Multiverse (thanks to Loki) with Doctor Strange (Benedict Cumberbatch).

In another scene in the trailer, Marvel fans can see Aunt May running out of a building with a green tube in her hands. Looking closer at the scene, it appears that May is holding the OSCORP Industries “Green Goblin” serum:

Piecing the dots together, it’s highly likely that Hogan and May take their “fling” to the next level and help Peter steal the OSCORP serum.

Waiting outside is Happy Hogan in the car in question. But, before Aunt May can hop in the car with Hogan, Jaime Foxx’s Electro and a pumpkin bomb from the Green Goblin (Willem Dafoe) destroy the vehicle.

Tom Holland previously stated that No Way Home is “dark,” “brutal,” and “not fun.”

Seeing the death of Happy Hogan, a Marvel character who’s been a part of the Marvel Universe when Robert Downey’s, Jr.’ changed the superhero/Avenger game in Iron Man (2008), would be devastating.

While there’s sure to be surprises with Alfred Molina’s Doctor Octopus, and possibly Charlie Cox’s Matt Murdock/Daredevil joining the Marvel collection, Marvel’s Kevin Feige and director Jon Watts are showcasing some serious game-changing events in the film.

It’s surreal thinking that Tobey Maguire might be in the Spider-Man suit again, along with Andrew Garfield — who previously stated he was not in the movie.

Marvel fans can watch the new Marvel movie Spider-Man: No Way Home in theaters on December 17, 2021.

Who is your favorite Spider-Man actor? Let us know in the comments below!