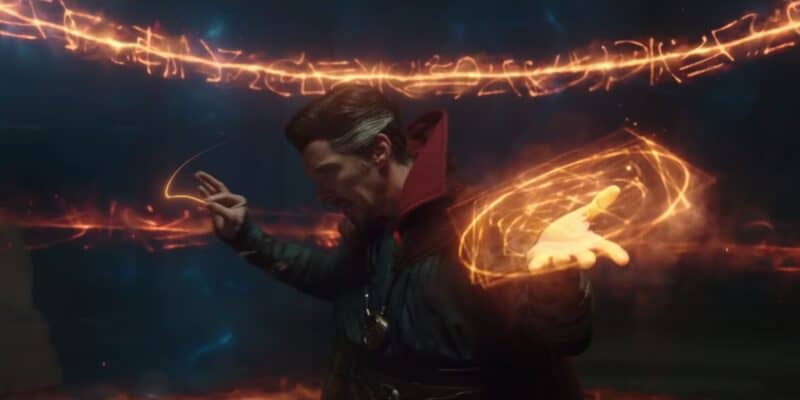 Despite the COVID-19 pandemic continuing throughout 2021, the movie industry made an attempt to rebound, with most theaters reopening last year and over 400 films releasing across theatrical showings, streaming premieres, and hybrid debuts.

The Walt Disney Company released films a variety of different ways last year, with CEO Bob Chapek saying at one point that the studio and its subsidiaries — including Marvel Studios, Lucasfilm, Ltd./Star Wars, and Pixar Animation Studios — had to “put a stake in the ground” in regard to making decisions about how movies would reach audiences.

Marvel, in particular, had a standout year with five movies added to the brand’s already massive library. Between Marvel Studios and Sony Pictures, the Marvel universe added Black Widow (July 9, 2021), Shang-Chi and the Legend of the Ten Rings (September 3, 2021), Venom: Let There Be Carnage (October 1, 2021), Eternals (November 5, 2021), and the record-setting Spider-Man: No Way Home (December 17, 2021).

Now, box office numbers for the year are in, and Marvel’s five films took 30% of the total box office sales in the United States last year. This means that a handful of super hero movies blew over 400 other projects out of the water.

This in spite of Scarlett Johansson’s infamous Black Widow lawsuit — which reportedly “embarrassed” Kevin Feige and made him “livid” at Disney — and pirating issues that plagued streaming films.

Per one article about the impressive feat:

…those [five] movies made more than $1.35 billion in North America — about 30% of the overall $4.45 billion earned in ticket sales last year…

…Marvel has been dominant in the past, yes, but the gap between superheroes and everything else last year grew by a lot. To that end, Marvel’s films, including “Avengers: Infinity War” and “Black Panther,” accounted for 18% of the domestic box office in 2018.

Another report on the 2021 box office specifically noted the impact No Way Home — which is now second only to Avengers: Endgame (2019) in regard to debut numbers — had on Marvel’s success last year:

But in a pandemic year in which moviegoers 18-35 have taken up an even larger share of the audience and films for older audiences have struggled, comic book domination has become even stronger. Alone, “Spider-Man: No Way Home” accounts for 12% of the $4.45 billion overall domestic total in 2021.

As 2022 kicks off, what will happen to the movie industry with the Omicron variant surge is up in the air. Sony Pictures has already delayed Jared Leto’s Morbius for a seventh time — it is now slated for an April 1, 2022 release.

As for the Marvel Cinematic Universe, the highly anticipated Doctor Strange In the Multiverse of Madness is set to hit theaters on May 6, 2022 with Taika Waititi’s Thor: Love and Thunder following on July 8, 2022.

What do you think about Marvel’s insane success in 2021?

You can stream five series in Marvel’s Phase Four so far — Elizabeth Olsen and Paul Bettany’s WandaVision, Anthony Mackie and Sebastian Stan’s The Falcon and the Winter Soldier, Tom Hiddleston’s Loki, Marvel’s What If…?, and Jeremy Renner’s Hawkeye— on Disney+ anytime.

Comments Off on 5 Marvel Movies Dominate Box Office, Blow 400 Other Films Out of the Water