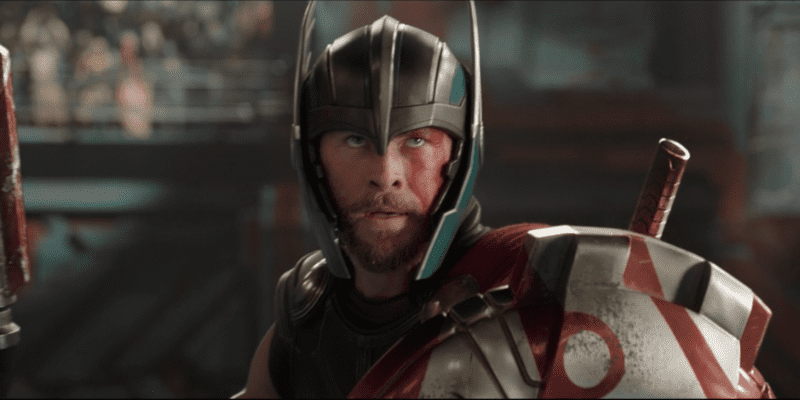 When director Taika Waititi’s Thor: Love and Thunder (2022) releases it will have been around five years since the God of Asgard’s last solo venture.

While it may feel like a long way off until we get to see the Asgardians of the Galaxy, we do know most of the cast that has been confirmed, if not rumored, for the upcoming Marvel Cinematic Universe movie. Here is your complete guide to who’s who in Thor: Love and Thunder.

Who is in the Thor: Love and Thunder cast?

Which Thor cast members are returning for Thor: Love and Thunder?

Is there anyone new joining the movie?

Aside from the suspected cameos from certain A-List talent — more on that later — the most notable new addition to the Thor franchise will be Christian Bale’s (Batman Begins) turn as the new villain, Gorr the God Butcher. Marvel sheds light on this Marvel Comics character, Gorr:

Gorr the God Butcher is a god-killer, having tortured and slain countless gods and immortals over his long life, which he bragged about in THOR: GOD OF THUNDER (2012) #4 as he tormented Thor. But before his god-killing days, he was a husband and father to several children, and in losing them, he lost his faith in the gods.

Not much is yet known about Bale’s longevity in the on-screen Marvel Universe. The character could play the major antagonist in this movie alone, similar to Cate Blanchett’s Hela in Thor: Ragnarok or he could be lined up to last a while in the MCU like Josh Brolin’s Thanos.

Will there be cameos in the Marvel movie?

What other cameos are rumored to be in the movie?

Reprising their roles Matt Damon, Sam Neill, and Luke Hemsworth have been confirmed to be back in Thor: Love and Thunder, portraying actor versions of Loki, Odin, and Thor, respectively. Joining these actors will be Melissa McCarthy as Hela and her real-life husband and often-collaborator, Ben Falcone in a currently undisclosed role.

Earlier this year, Russell Crowe was confirmed to have filmed for Waititi’s next Thor outing as the God, Zeus. The singer Jenny Morris has also been confirmed in an undisclosed role, and recently, prolific theater actor, Sir Simon Russell Beale (Penny Dreadful), was hinted at having a part in the upcoming MCU movie.

There is no word yet that Tom Hiddleston’s God of Mischief, Loki, will appear in the movie.

Will a version of Stan Lee appear in future Marvel films?

Marvel has confirmed that legendary comic book writer, Stan Lee — famous for co-creating fan-favorites like Spider-Man, the Fantastic Four, Doctor Strange, Scarlet Witch, and the X-Men — will not be cameoing in the upcoming MCU movies following his death in 2018.

Lee has appeared as a cameo in multiple Marvel projects since the inception of Kevin Feige’s interconnected Marvel Universe. Due to his passing Marvel Studios does not allow Lee to be used in cameo roles.

Is Thor: Love and Thunder in Marvel Phase 4?

When does Thor: Love and Thunder come out?

After numerous shifting around relating to the ongoing effects of the pandemic, Thor: Love and Thunder will come out on July 8, 2022. Prior to this, Hemsworth’s fourth solo film was scheduled for May 6, 2022. This slot is now occupied by Benedict Cumberbatch’s Doctor Strange in the Multiverse of Madness (2022) following Marvel Studios completely rearranging the Phase 4 slate of Marvel movies.

The studio also seemingly removed the dates that were rumored for Deadpool 3 and the Blade reboot, the former was originally distributed by 20th Century Fox, now 20th Century Studios, before Disney’s acquisition of the company.

Rumors about Thor: Love and Thunder

Who is directing Thor: Love and Thunder?

Taika Waititi is back at the helm of the next Thor feature following his successful and hilarious take on the Asgardians in Thor: Ragnarok. Waititi has already described his movie as “the best” while also stating “it shouldn’t make sense”. Hooked!

How will Thor: Love and Thunder tie into the greater MCU?

Will Fat Thor make an appearance?

In Avengers: Endgame, Thor was portrayed a little heavier than Marvel fans were used to seeing. As a result of his self-declared failure to stop Thanos and the murder of his fellow Avengers and Asgardians, Hemsworth’s Thor had almost given up until Natasha Romanoff (Scarlett Johansson) orchestrated a way to bring people back with the help of Captain America (Chris Evans), Hulk (Mark Ruffalo), Iron Man (Robery Downey Jr.), and Ant-Man (Paul Rudd), among others.

It isn’t clear that Fat Thor will make an appearance in Thor: Love and Thunder but if the movie picks up directly after the events of Avengers: Endgame, viewers might see Hemsworth’s muscular transformation happen on screen.

The third installment in the Captain America franchise acts as almost another Avengers movie. Teaming up multiple characters in a heartbreaking battle of Good vs. Good, the Russo Brothers’ MCU film pitted Steve Rogers against Tony Stark but one original Avenger was noticeably missing from the lineup.

It was mentioned in Thor: Ragnarok that Thor had been looking for Infinity Stones and there is also the Civil War: Team Thor extra which sees Hemsworth’s God of Thunder enjoying life with his new roommate, Darryl.

Word is still out on whether Thor and Mjolnir will show up in James Gunn’s Guardians of the Galaxy Vol. 3 in the near future but for now, fans can look forward to being reunited with the popular Avenger in just under a year.

Are you looking forward to seeing Thor: Love and Thunder? Let us know in the comments down below!

Comments Off on Every Actor & Character Confirmed For ‘Thor: Love and Thunder’