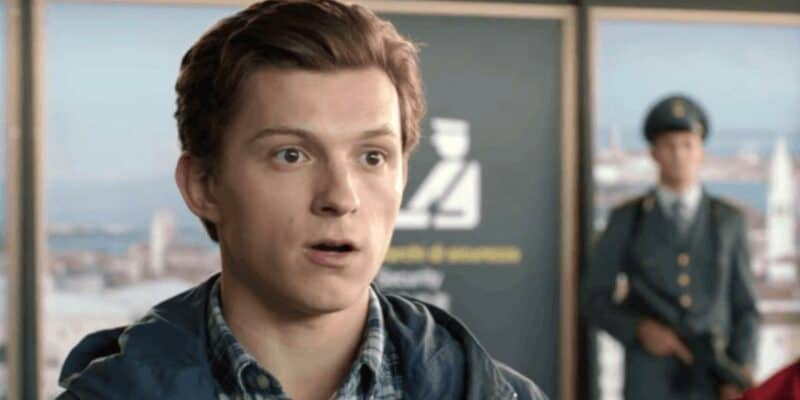 As the latest entry into the Spider-Man movie franchise continues to dominate the global box office following its release in movie theaters, some fans may still be wondering just who exactly shows up in the Multiversal adventure. Well, here is your complete character guide to Spider-Man: No Way Home (2021).

*Warning* SPOILERS ahead for Spider-Man: No Way Home

The Spider-Men in Spider-Man: No Way Home

Tom Holland is, of course, back as Peter Parker in director Jon Watts’ third Spider-Man movie. The actor rounds out his time with the Marvel Cinematic Universe in Spider-Man: No Way Home following his turn as the character in Captain America: Civil War (2016), Spider-Man: Homecoming (2017), Avengers: Infinity War (2018), Avengers: Endgame (2019), and Spider-Man: Far From Home (2019).

Holland recently shared that the finale to this MCU trilogy is emotional and heartfelt while in a separate interview described his current status as having somewhat of a “mid-life crisis” and discussing whether he even wants to act anymore. Despite plans of a lucrative Spider-Man future from Kevin Feige’s Marvel Studios and Amy Pascal and Sony Pictures, Holland has not been confirmed to be carrying on his web-slinging legacy.

Joining Holland, rather unsurprisingly considering the endless rumor mill, are Sony Spider-Man actors Tobey Maguire and Andrew Garfield from Sam Raimi’s and Marc Webb’s movies, respectively. Maguire kept relatively quiet during the promotion of the new Marvel film even as the internet continued to cast him in No Way Home. Garfield, however, consistently denied his appearance in the Spidey movie right up until its release. Both characters join Holland as the Multiverse continues to erupt, bringing together almost two decades and three iterations of the Spider-Man franchise.

Villains in Spider-Man: No Way Home

Which villain actors appear in the movie?

It was confirmed rather quickly that Sony’s villains — Doctor Octopus and Electro — would be joining the MCU movie. Arguably, it was this casting that ignited the rumors that Maguire and Garfield would cross studios and appear in Spider-Man: No Way Home. Alfred Molina stars as Otto Octavius/Doctor Octopus AKA Doc Ock, reprising his role from the popular Raimi sequel, Spider-Man 2 (2004).

As the trailer dropped earlier this year, it was also confirmed that Willem Dafoe would be back as Norman Osborn — the headlining villain from Spider-Man (2002), Green Goblin. Dafoe’s rumored involvement was also one cycling around the Marvel fandom with the actor’s own comments about projects he cannot mention leading the charge. Finally, Thomas Haden Church is back in the Spidey verse as the redeemed villain, Flint Marko/Sandman. The character appeared in Raimi’s finale movie, Spider-Man 3 (2007) alongside Maguire’s Peter Parker and other villains like Eddie Brock/Venom — played here by Topher Grace.

Then from Webb’s Spider-Man movies came Jamie Foxx’s Maxwell Dillon AKA Electro and, later confirmed by the trailer, Dr. Curt Connors/Lizard played by Rhys Ifans. Each of these villains played the main antagonist in the Garfield era of movies — The Amazing Spider-Man (2012) and The Amazing Spider-Man 2 (2014). The latter film was intended to launch Sony’s new interconnected Spider-Man universe but its relative commercial and critical failure saw those plans scrapped. They would later be reignited by the success of Tom Hardy’s Venom (2018), going on to be called Sony’s Spider-Man Universe.

In a larger supporting role, Benedict Cumberbatch stars as Doctor Strange — Peter Parker’s new Iron Man — ahead of his own highly anticipated sequel, Doctor Strange in the Multiverse of Madness (2022).

Back in 2019, Spider-Man: Far From Home shocked audiences when the mid-credits scene saw JK Simmons return as J. Jonah Jameson of Daily Bugle fame. Simmons is once again back in the Spidey universe, returning as the egotistical and opinionated journalist, although this version of the character is seemingly different from his Sony origins.

While Simmons’ turn in the Sony Pictures Spider-Man movies came long before the franchise had an official title, No Way Home also saw Tom Hardy crossover as the anti-hero, Eddie Brock AKA Venom in the mid-credits scene. This connects the MCU’s No Way Home to Sony’s Spider-Man Universe’s Venom: Let There Be Carnage (2021), where Tom Holland’s Spider-Man appeared.

Do any other Marvel characters appear?

Yes. Again, following months of rumors and denial from the actor, Charlie Cox returned briefly as Matt Murdock as Peter Parker’s lawyer, or as he is better known, the Devil of Hell’s Kitchen, Daredevil. This came shortly after Marvel boss Kevin Feige confirmed that Cox’s comic book hero exists in the MCU following confusion over where Netflix’s Daredevil exists.

There you have it. The complete cast of Spider-Man: No Way Home. Only time will tell if the characters making their MCU debut will continue to appear across Feige’s expanding Marvel Universe.

Who was your favorite character in Spider-Man: No Way Home? Let us know in the comments down below!

Comments Off on Every Marvel Character Featured in ‘Spider-Man: No Way Home’