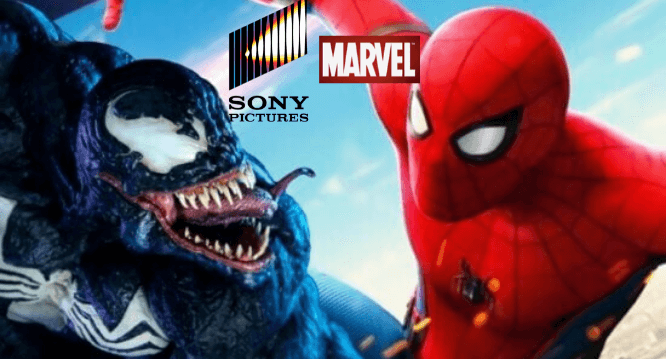 The Marvel Cinematic Universe has cemented itself as the film universe. With 23 (eventually 24) movies, one-shots, and countless television shows, Disney has proven that it knows how to make a cinematic universe that Marvel fans can’t get enough of.

And then there’s Sony. Still clinging onto the film rights to Spider-Man and its associated properties for dear life, Sony Pictures has milked this powerful icon for all he’s worth. Even though their last attempt at a traditional live-action comic book movie was so bad, they had to enter Spidey into the shared universe and give the character to Disney to fix him.

So with films like Venom 2 and Morbius still very much on the cards but still apparently separate to the Marvel Cinematic Universe, what do we call this shared film collection?

Well, we now have an answer. Sony Pictures (via IGN) has just confirmed that the name of its cinematic universe is…

Just rolls off the tongue.

Ok, ok; maybe I’m being a little mean. But it doesn’t exactly have the pizzazz or simplicity of the Marvel Cinematic Universe.

What does Sony Pictures Universe of Marvel Characters incorporate?

So this universe will feature all Marvel properties directly associated with the Spider-Man brand. So everything that the studio has churned out like Venom, as well as future film franchise Morbius and the Carnage led Venom sequel. Animated gem Into the Spider-Verse presumably also sits here.

The Spider-Man Homecoming trilogy is a little hazier. As we know, the new deal allows our favorite hero one more Disney character-led film, plus an unnamed additional Marvel Cinematic Universe movie. Spidey has been a staple in many an MCU film since his first film, Captain America Civil War. He also played vital roles in Avengers Infinity War and Endgame.

The recent Morbius trailer complicates things though, as it features Michael Keaton’s Adrian Toomes, AKA; the Vulture. But he’s a character in the Marvel movies! As in, the Marvel Cinematic Universe movies. So what gives Sony, Disney and Marvel?! Only time will tell. But one thing’s for sure; Sony is trying to build itself a universe and it’s going to take any Marvel movie characters that it has rights too, regardless of whether it makes sense in current Marvel canon.

Man, Spidey’s journey to film has been complicated when you write it out like that. Bring back Tobey Maguire for a concurrent line of movies in the Sony Cinematic Universe and leave Holland in the Marvel Cinematic Universe with Disney, I say.

What do you think of the Sony Marvel Universe name? Do you like Sony Marvel movies? Let us know in the comments below.