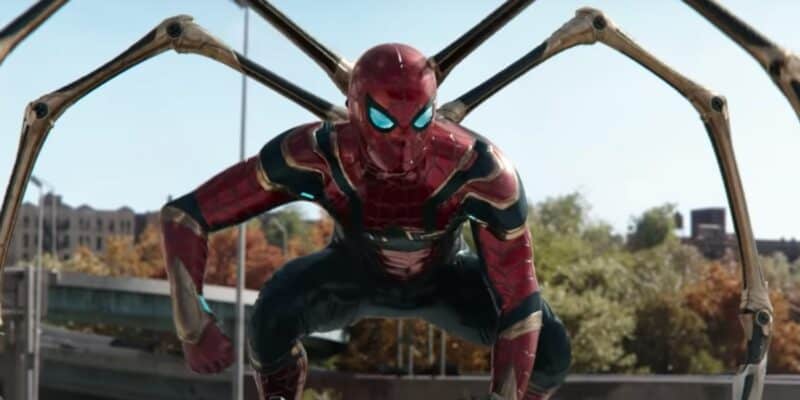 The world is waiting. After months and months of speculation and a seemingly endless rumor mill, the next installment in director Jon Watts’ Spider-Man franchise is hitting theaters on December 17 — December 15 in United Kingdom cinemas.

If you need a refresher or just want to make sure you have all your facts straight, here is the complete guide to everything you should watch before heading to the theater for your next Spidey fill.

What Spider-Man movies should I watch?

All of them, next question. No, seriously, while Spider-Man: No Way Home (2021) — at least from the trailer output — looks like it may be enjoyed without seeing anything else, it would be remiss of audiences not to get fully immersed in the Spider-Man story so far. Tom Holland’s Peter Parker AKA Spider-Man first arrived in Kevin Feige’s Marvel Cinematic Universe in Captain America: Civil War (2016). Joining forces with Robert Downey Jr.’s Tony Stark/Iron Man in the battle to decide the fate of the Avengers and the Sokovia Accords, Holland’s Spidey came already fully-formed and ready to fight Captain America (Chris Evans).

It was an interesting decision for Sony Pictures and Marvel Studios, who have an agreement to share Spider-Man across the entertainment brands, to bring Peter Parker in already as Spider-Man. In the character’s Marvel movie history, the story has always depicted that infamous spider bite, as was the case in Sam Raimi’s Spider-Man (2002) and Marc Webb’s The Amazing Spider-Man (2012). Marvel fans are so familiar with the web slinger’s origin story, that his entrance into the MCU here is refreshing.

It was the Avengers two-parter that saw Spider-Man return to the MCU with the Russo Brothers’ Avengers: Infinity War (2018) and Avengers: Endgame (2019). With the battle against Thanos (Josh Brolin) reaching its climax, Spider-Man joined the ensemble, fighting with Iron Man, Doctor Strange (Benedict Cumberbatch), and the Guardians of the Galaxy, the character eventually became a victim of Thanos’ Snap.

The Marvel superhero returned once again at the climax of Avengers: Endgame, teaming up with characters like Captain Marvel (Brie Larson) to defeat the Mad Titan for good. And in twisted events, he would later mourn his mentor and friend, Tony Stark, after Stark used the Infinity Stones to destroy Thanos and his forces. While Avengers: Endgame felt like a natural conclusion to Marvel’s Phase Three, it was Watts’ sophomore film, Spider-Man: Far From Home (2019) that wrapped up this sequence of Marvel movies.

Far From Home saw former S.H.I.E.L.D director Nick Fury (Samuel L. Jackson) recruit Peter Parker along with Quentin Beck (Jake Gyllenhaal) to combat the Elementals that are appearing around the globe. As many fans will know, this was all a ruse orchestrated by Beck AKA Mysterio. The events that followed led to JK Simmons’ J. Jonah Jameson of Daily Bugle fame, revealing Holland’s identity as Spider-Man to the world.

So as a round-up, fans hoping to see Spider-Man: No Way Home should watch these MCU movies:

Or, for the bare minimum, if you’re strapped for time, the two Spider-Man movies — Homecoming and Far From Home — are essential viewing even just for the already established characters and their relationships with each other.

Are there any other MCU movies I should watch?

All of them, next question. No, while it is good to have a clear understanding of the interconnected Marvel Universe that is the MCU, it is not essential viewing for No Way Home. However, as we can ascertain from the trailer, Cumberbatch’s Doctor Strange will have a large role in the movie, as well as Benedict Wong’s Wong, so viewing Doctor Strange (2016) from director Scott Derrickson might be useful to understand the origins of the New York “wizard”.

In terms of television series, it is perhaps good to watch or have watched Loki and Marvel’s What If…?. Both of these shows deal with the MCU Multiverse in ways not seen in the live-action movies at this point. As we know, No Way Home will largely feature the effects of a Multiversal catastrophe as villains from past Spider-Man movies enter the MCU. We’re talking Jamie Foxx’s Electro, Alfred Molina’s Doctor Octopus AKA Doc Ock, Thomas Haden Church as Flint Marko/Sandman, Rhys Ifans’ Lizard, and Willem Dafoe as the iconic Norman Osborn AKA Green Goblin, so a brief understanding of the Multiverse might be worthwhile.

Tom Hiddleston’s Loki saw the God of Mischief team up with Loki Variant, Sylvie (Sophia Di Martino) in an effort to come face to face with “He Who Remains” — a Kang the Conqueror Variant — and destroy him. In spite of warnings from “He Who Remains”, Sylvie’s actions caused the Multiverse to collide with the Sacred Timeline, bringing various universes directly into the MCU.

In a “spinoff” to Loki, the animated series What If…? gave Marvel fans a taste of the Multiverse with various new timelines offering a look at new characters and events that happened outside of the main universe viewers have grown accustomed to. What If…? also featured Spider-Man, although here the character was played by Hudson Thames and not Tom Holland.

While Loki and What If…? are not required viewing, for fans wanting a deeper understanding of the Multiverse, it may be a good place to start. All episodes are now streaming on Disney+.

Do I need to watch any Sony Spider-Man movies?

Erm…maybe? As we know, Sony’s Spider-Man villains are showing up in droves in No Way Home, and with that comes the expectation that former Peter Parker stars, Tobey Maguire and Andrew Garfield from Spider-Man and The Amazing Spider-Man, respectively, will turn up to help Holland’s iteration of the character combat the Multiversal threat. While there has been rampant speculation and many clues, neither Sony nor Marvel have confirmed the actors’ appearances. That being said, if you’re not familiar with Maguire and Garfield’s Spider-Man then watching Sam Raimi’s trilogy and Marc Webb’s two-parter might be a good idea.

Does Sony still own Spider-Man?

Yes, Sony Pictures does still own Spider-Man and will retain the rights as long as they release a Spider-Man-centric story every five years. The agreement with Feige’s Marvel Studios came after The Amazing Spider-Man 2 (2014) failed to kickstart Sony’s own shared universe.

What happened with Sony Pictures and Marvel Studios?

You can read the full lowdown on Sony’s Spider-Man Universe vs. the MCU here.

For the full MCU movie viewing include:

Would be nice if you have time:

So, there you have it. That is everything you should watch before stepping into the theater to see Spider-Man: No Way Home which releases exclusively in theaters on December 17, and on December 15 in UK cinemas. You may even want to watch Daredevil on Netflix if those Charlie Cox rumors prove to be true.

The world is watching…

Have you got tickets for Spider-Man: No Way Home yet? Let us know in the comments below!

Comments Off on Marvel Movies and Shows You Should Watch Before Seeing ‘Spider-Man: No Way Home’