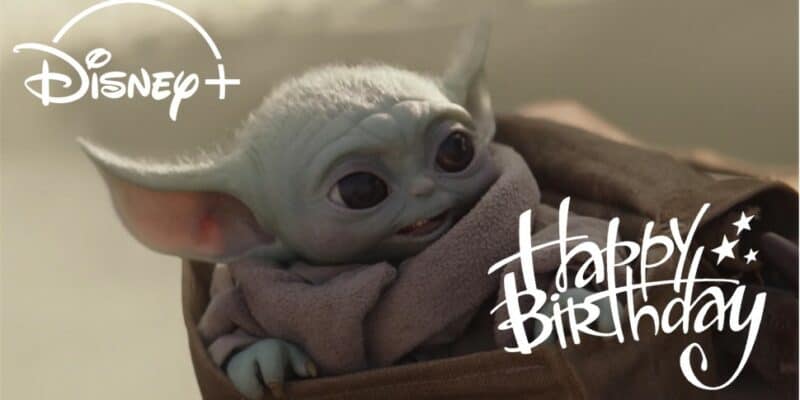 It’s hard to believe, but it has been two years since Disney+ launched. The ultimate streaming destination for entertainment from Disney, Pixar, Marvel, Star Wars, and National Geographic has quickly grown in popularity for all the right reasons. While Disney+’s actual birthday is November 12 (Disney+ Day), Disney+ is already celebrating with a special trailer release celebrating two years.

What stands out the most to you when thinking back over these two years with Disney+? Was it the bond between “The Child” and Mando in The Mandalorian? Maybe you felt inspired by the music from Hamilton. Did the action packaged scenes in Loki keep you on the edge of your seat? Remember the excitement felt in Cruella? Or how about the renewed laughter from Muppets. Disney+ unfolded many series and films over these past two years that have now become part of our time spent with family and friends on the couch and in the office when we can’t help but talk about last night’s episode. This new Disney+ trailer sums up the rollercoaster of emotions, leaving us thrilled with what’s to come for Disney+.

Disney+ shares, “Two years of wonder. Two years of memories. Two years together—and we’re just getting started. Celebrate #DisneyPlusDay with us in ten days.” Check out the official trailer below:

Wow! Anyone else feel the rollercoaster ride of emotions from that trailer? Be sure to stream Disney+ on “Disney+ Day” which celebrates Disney+’s actual birthday second on November 12.

What was your favorite Disney+ series or film from these past two years? Let us know in the comments!