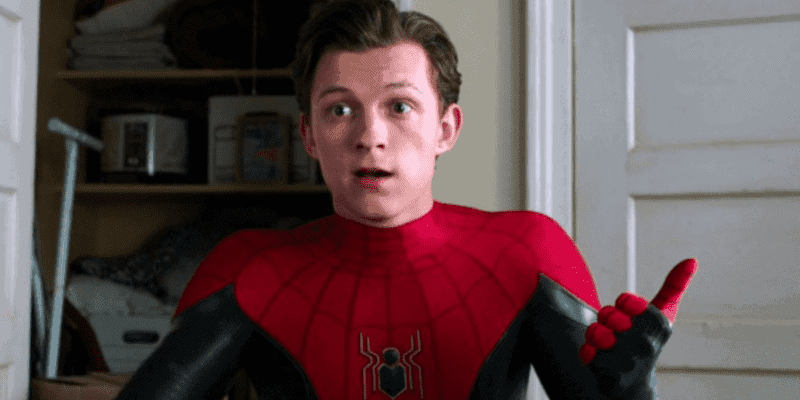 Despite recent reports, Sony isn’t officially going forward with another Spider-Man trilogy with Tom Holland just yet, as Sony just cleared the air with a “no official plans” statement for the new Spider-Man movies at the time.

There’s a bit of confusion going on within the Marvel community.

Every Marvel fan is on cloud nine with Spider-Man: No Way Home (2021) nearly in theaters. With news from producer Amy Pascal that a new Tom Holland Spider-Man trilogy is reportedly in the works, the Marvel community exploded with excitement. But, a Sony insider just shared with The Hollywood Reporter that Sony and Marvel aren’t quite ready for three more Spider-Man movies:

Sony insiders note though the studio has a strong relationship with Holland and Feige and hopes to continue their collaboration, there are no official plans for a trilogy at this phase.

The Hollywood Reporter does not state that Sony technically went back on Amy Pascal’s exciting announcement, however, so it’s unclear if Sony really is going forward with a new Spider-Man trilogy starring Tom Holland’s Avenger — a fan-favorite character who’s set to lead the next few phases of the Marvel Cinematic Universe.

Pascal recently spoiled that Venom would join the MCU before Kevin Feige and crew wanted fans to find out, and this Tom Holland leak might be the latest spoil in her Marvel tenure.

In a flurry of confusion, it’s evident that Holland’s Spidey is here to stay, but perhaps Marvel Studios and Sony Picutres weren’t ready for the news to leak so soon — especially from a top-tier executive like producer Amy Pascal (who’s worked closely with Kevin Feige on the recent Spider-Man films).

Sony, which has long controlled the film rights to Spider-Man, made five films starring the hero from 2002-14, three directed by Sam Raimi and two from filmmaker Marc Webb. In 2015, a year after Webb’s The Amazing Spider-Man 2 (2014) underperformed at the box office, Marvel and Sony unveiled an unprecedented partnership that allowed Spider-Man to appear in Marvel’s Captain America: Civil War (2016) and would see Feige and Marvel produce a series of Spider-Man films released by Sony. The deal not only put Spider-man in the MCU, it made him a central figure and allowed him to interact with its other characters, seeing him have a major role in Avengers: Infinity War (2018).

At the time, Sony is going forward with another Tom Holland trilogy following Spider-Man: No Way Home (2021), but Sony has not officially annouced the Marvel Universe expansion just yet.

Do you still want Holland to still be Spider-Man? Let us know in the comments below!

Comments Off on Sony: “No Official Plans” for NEW Tom Holland ‘Spider-Man’ Trilogy