Reported 'Avengers' Trilogy to Be BIGGER Than 'Endgame' - Inside the Magic 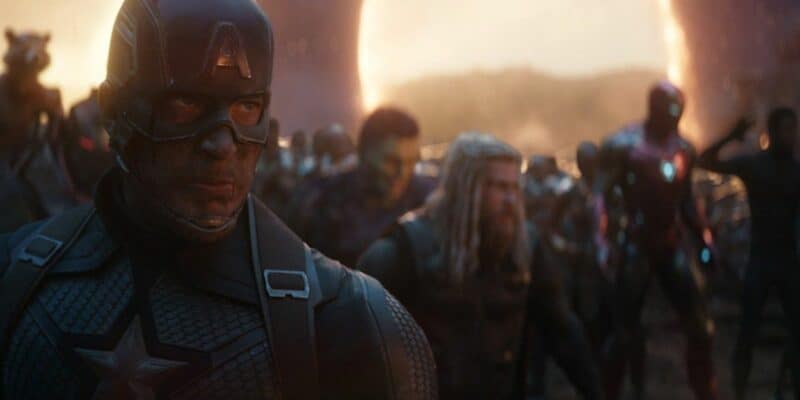 Avengers: Endgame (2019) was the climactic ending to Marvel’s Infinity Saga as Robert Downey Jr.‘s Tony Stark/Iron Man made the ultimate sacrifice to bring back everyone who was lost from the Blip. Josh Brolin’s Thanos was defeated and Chris Evan’s Steve Rogers/Captain America brought back the Infinity Stones to their respective proper places. Now, rumors have been drifting around with the idea that the next Avengers film is not going to be a standalone film as it was in 2012, but be a three-part trilogy centered around a fan-favorite storyline from Marvel Comics.

In the MCU’s Phase Four, the Avengers haven’t been officially rebuilt following the departures or deaths of Stark, Rogers, and Black Widow/Natasha Romanoff (Scarlett Johansson). All of the remaining superheroes of the original six have gone their separate ways. Clint Barton (Jeremy Renner) has his replacement in Kate Bishop (Hailee Steinfeld) as he spends his time with his family. Rogers gave his iconic shield to Sam Wilson (Anthony Mackie), who gave up his mantle as Falcon to become the new Captain America.

Yelena Belova (Florence Pugh) has taken over for her deceased “sister” and is set up to become the next Black Widow after the events of Hawkeye, and She-Hulk will help fans understand how much more of Bruce Banner we will see in the Marvel Cinematic Universe. After Tony’s sacrifice, Peter Parker struggles to figure out if he is the next Iron Man but after the event of Spider-Man: Far From Home (2019) and Spider-Man: No Way Home (2021), no one remembers that Peter Parker is Spider-Man so we will have to wait until IronHeart to see what happens next with Tony’s legacy.

Of course, without the Avengers, new heroes have stepped up to save the day. These include Marvel’s Eternals taking on the Celestial during the Emergence in Eternals (2021), Shang-Chi (Simu Liu) stopping his father from unleashing a horde of soul-sucking monsters in Shang-Chi and the Legend of the Ten Rings (2021), and new heroes joining the fight such as Ms. Marvel, Moon Knight, America Chavez and more. Phase Four has been building up our super hero roster and with the X-Men on their way to entering the MCU with the Fantastic Four presumably not far off as well, fans have speculated alongside other sources that the next big storyline Marvel will cover is Secret Wars.

Moth Culture shared the latest rumor about where Marvel is on their next Avengers project on Twitter:

(Avengers: Secret Wars) decisions are heating up, with early drafts having the story coming as a trilogy. Ideas are massive, with Marvel planing the three parts to be filmed back-to-back.

(Avengers: Secret Wars) decisions are heating up, with early drafts having the story coming as a trilogy. Ideas are massive, with Marvel planing the three parts to be filmed back-to-back. pic.twitter.com/cZxRNNoOR4

With this in mind, it is indeed a storyline that would be the biggest ensemble we have seen with the Fantastic Four, Avengers, X-Men, and memorable villains all connected in a big story. A story on that scale would make sense for Marvel to release as a trilogy to allow more character depth as seen in Infinity War and Endgame.

In the comics, Secret Wars has had many iterations, but here’s the general background to what happens. Beyonder, an alien entity becomes fascinated with the superheroes and villains on Earth so he transports them to a new world, called Battleworld (very original) and has the Avengers, X-Men, Fantastic Four, Kang the Conqueror, Ultron, Dr. Doom, Magneto, and many more heroes and villains set to fight each other at the request of the Beyonder. Trapped in this new world, the X-Men and the Avengers with the Fantastic Four have to work together to take on many of the villains working together to defeat them. The storyline does end with the heroes winning, but also has Spider-Man getting the symbiote with Venom’s origins coming from Secret Wars and Hulk becoming more savage at the end.

If this storyline was adapted from the comics, it would be the best way to have such a large crossover and have the heroes be able to have a rematch with Ultron as he would be teaming up with the likes of Dr. Doom and Magneto and a variant of Kang the Conqueror. The multiverse offers endless possibilities of what to expect and there is so much potential for Secret Wars to be the biggest superhero movie made.

Of course, a movie is only as good as the team working on it, but the Russo Brothers did mention that Secret Wars was one of their favorite storylines from the comics, so there’s a possibility they would return to the MCU and direct this rumored trilogy.

A new Avengers movie won’t be coming out this year, but there are still many things to look forward to in the Marvel Cinematic Universe. On Disney+  you can expect Moon Knight on March 30, Ms. Marvel in Summer 2022, and She-Hulk to debut this year. For movies, Doctor Strange in the Multiverse of Madness comes out on May 6, followed by Thor: Love and Thunder on July 8, and Black Panther: Wakanda Forever on November 11.

Would you want to see Secret Wars in the MCU? Let us know in the comments below!