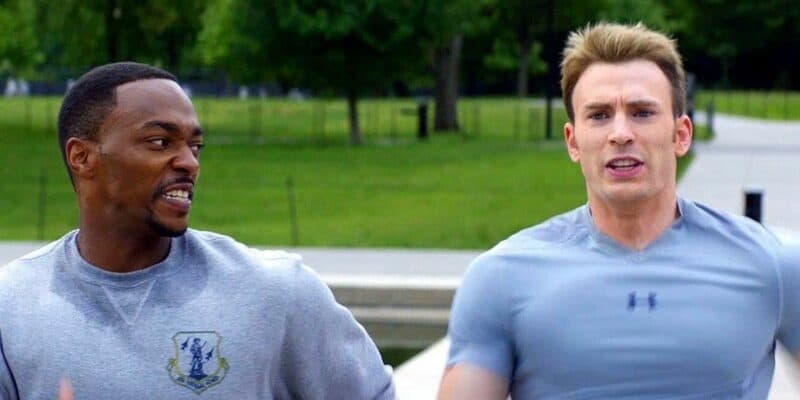 Ever since Marvel fans last saw Steve Rogers/Captain America (Chris Evans) in Avengers: Endgame (2019), they have been wondering if he could return to the Marvel Cinematic Universe. Chris Evans has said he was done with the MCU, and the last anyone saw him, he was passing his shield onto Sam Wilson/Captain America — the superhero formerly known as Falcon (Anthony Mackie). But soon, the Marvel Universe will have two Captain Americas at the same time.

Fans were excited when the MCU’s Sam Wilson followed suit. In the Dinsey+ original series The Falcon and the Winter Soldier, he and Bucky Barnes/The Winter Soldier (Sebastian Stan) explored what it meant for an African American man to take over the mantle of Captain America.

But fans still want more from Steve Rogers’s story. And not in that Rogers: The Musical from the Hawkeye series, which made for the worst post-credit scene in the MCU.

“Issue #0 is effectively a conversation between Steve and Sam about what it means for both of them to be Captain America simultaneously. But that conversation isn’t had in a room sitting down over beers, that conversation is had while flying/holding onto the side of a massive rocket heading into the sky to obliterate all of mankind because Arnim Zola is back and he’s got a bad plan.”

And Tochi Onyebuchi, who will be working on Sam Wilson’s Captain America: Symbol of Truth, added:

The story will begin in April, with Captain America #0 by Tochi Onyebuchi, Collin Kelly & Jackson Lanzing. Symbol of Truth will pick up in May, with Sentinal of Liberty starting in June.

Let us know if you plan to pick up either or both of the new Captain America series.