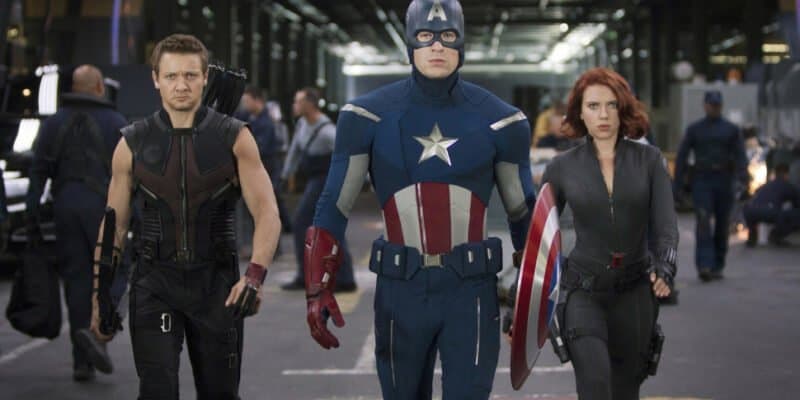 Marvel’s Phase Four ended last year, giving fans the Christmas present that was the Hawkeye series starring Jeremy Renner as Clint Barton/Hawkeye and Hailee Steinfeld as Kate Bishop/Hawkeye. When the first episode aired, eagle-eyed Marvel fans quickly spotted a mistake during a flashback scene. And it seems that Marvel Studios has secretly edited the episode to correct their error.

The latest Disney+ original series had some of the lowest views of the MCU shows. However, the bar was set high by its predecessors, WandaVision, The Falcon and the Winter Soldier, and Loki. The series followed the Avengers’ archer as he went up against Maya Lopez/ Echo (Alaqua Cox) and Wilson Fisk/Kingpin (Vincent D’Onofrio).

In the first episode, we flashback to a young Kate at home in New York City — while the Battle of New York from the first Avengers franchise ensemble movie rages outside. Clint Barton comes to her rescue, and the shot reveals the Stark Tower in the middle of Manhattan, with “A” and the “K” intact.

As most Marvel fans will recall, in The Avengers (2012), the “S,” “T,” “R,” and “K” fall to the ground during the Avengers’ battle with Loki (Tom Hiddleston), leaving behind just the “A” that ultimately becomes the logo for the Avengers Tower.

Now Marvel fans are looking back at the series and have discovered that Marvel Studios have updated the shot in the first episode so that it accurately has only the “A” left undamaged on Stark Tower. It’s a victory for the Marvel fans who pay close attention to detail.

This is far from the first that Marvel Studios has gone back and updated their original series. A small change to the post-credit scene of WandaVision had fans incorrectly believing they could spot the silhouette of Doctor Strange (Benedict Cumberbatch) ahead of Doctor Strange in the Multiverse of Madness (May 8, 2022)

The Hawkeye series takes the most under-appreciated Avenger and gives him a chance to shine. It also brings back Florence Pugh as Yelena Belova as the new Black Widow of the Marvel Universe after her premiere in Black Widow (2021) alongside Scarlett Johansson as Natasha Romanoff.

The official description of the six-episode series from Marvel reads: