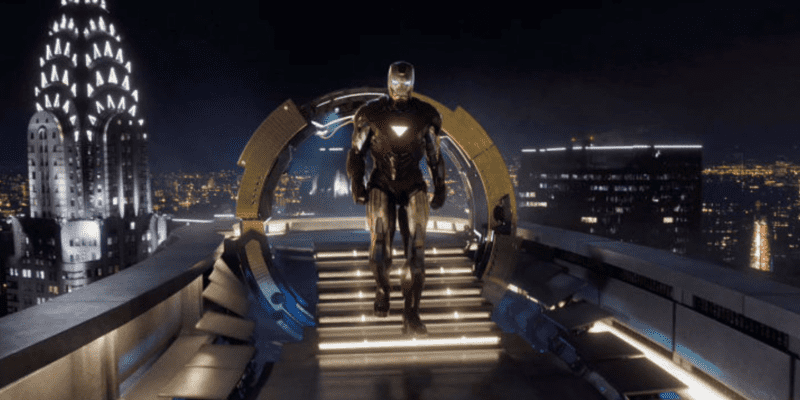 In the first episode of the Jeremy Renner (Clint Barton/Hawkeye) and Hailee Steinfeld (Kate Bishop) series, we flashback to a young Kate at home in New York City — while the Battle of New York from the first Avengers franchise ensemble movie rages outside.

Eventually, we see Kate emerge into the rubble, staring up at Stark Tower in the middle of Manhattan. As most Marvel fans will recall, in the 2012 film, the S, T, R, and K fall to the ground during the Avengers’ battle with Loki (Tom Hiddleston), leaving behind just the “A” that ultimately becomes the logo for the Avengers Tower.

In Hawkeye’s debut episode, though, little Kate Bishop sees both the “A” and the “K” intact [below].

This MCU continuity error was not lost on Reddit user Tajul92, who posted the following image with the caption:

A small continuity error I found. In the Avengers (2012), it was letter ‘K’ that was dropped from Stark tower.

A small continuity error I found. In the Avengers (2012), it was letter ‘K’ that was dropped from Stark tower. from marvelstudios

While this error isn’t likely to have a major impact on the future of the MCU, the Battle of New York is a key moment in Marvel Cinematic Universe history, so it is surprising that Kevin Feige and Co. allowed this mistake to pass muster, given their normally meticulous level of attention to detail.

Did you notice this Marvel continuity mistake?