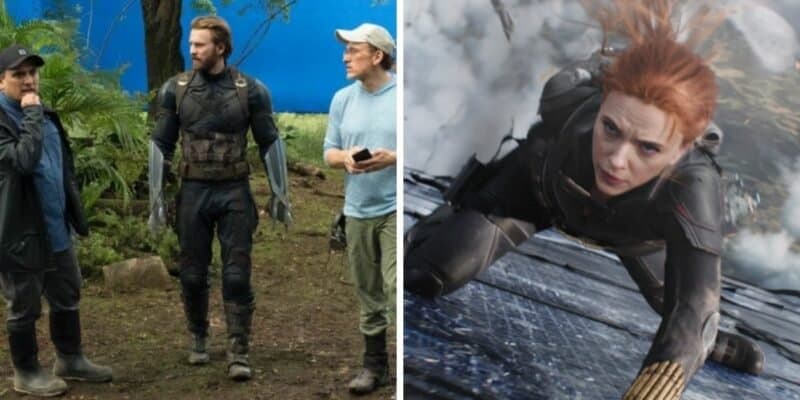 Back in late July, Scarlett Johansson made a decision that could fundamentally change the entertainment industry. The Black Widow star decided to sue The Walt Disney Company for breach of contract due to the company’s decision to release Black Widow in theaters and on Disney+ with Premier Access on the same day. Johansson’s lawsuit not only impacted her, but also a number of people who have worked with both Marvel and Disney.

Two of the major players in Marvel films are Anthony and Joseph Russo. Together, the Russo brothers have directed four Marvel movies — Captain America: The Winter Soldier, Captain America: Civil War, Avengers: Infinity War, and Avengers: Endgame. The brothers are very popular with Marvel fans, but it seems that their time with Marvel may be done for good.

While the Russo brothers have said in the past that they had no plans with Marvel after the release of Endgame, they did leave the possibility of future films open and have expressed interest in doing a film based on Secret Wars. Unfortunately, since the Black Widow lawsuit, the brothers have reportedly reached an impasse with Disney.

According to a report from The Wall Street Journal:

Since the lawsuit, brothers Joe Russo and Anthony Russo, directors of Marvel’s “Avengers: Endgame,” the highest-grossing movie of all time, hit an impasse in negotiations to direct another Marvel movie. The Johansson dispute left them unsure how their next movie would be distributed and how they would be paid, according to people familiar with the matter. The Russos declined to comment.

At this time, no official casting announcements have been made in regard to who will be playing the title God, or any other role in the film. The live-action film does also not have a filming or release date.

Even though it appears that the Russo’s are done with Marvel, for now, things could change depending on the outcome of the Black Widow lawsuit and how Disney handles contracts and release decisions going forward.

Would you like to see the Russo brothers direct another Marvel movie? Let us know in the comments!