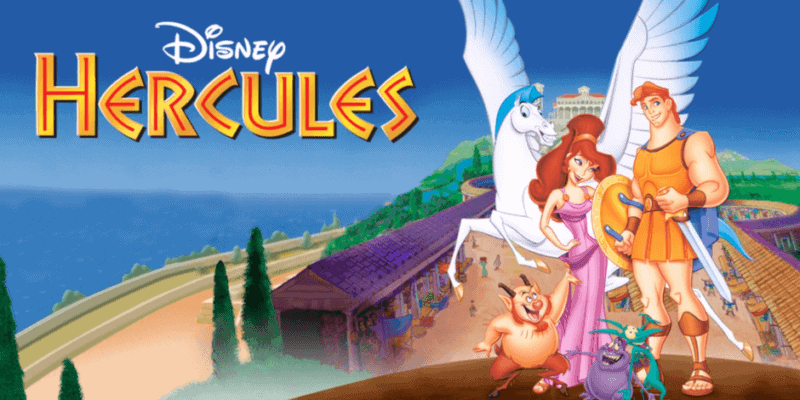 The 1997 animated Disney film, Hercules, is considered one of the most underrated movies under the Disney umbrella. It tells the story of Hercules, a son of gods, who is forced to live among mortals as a half-god, half-human.

The official Disney+ description of the 1997 animated Disney film reads:

Taken from the gods as a newborn and adopted on earth, Hercules becomes an awkward teenage pillar of strength. He discovers he has a place on Mount Olympus with his dad Zeus—if he can endure his growing pains and move from “zero” to true hero.

This Greek mythology storyline has been loved by so many and now we are going to see it come to life — literally.

Disney’s newest upcoming live-action film, which is being directed and written by brothers Joe and Anthony Russo, will tell the story of the 1997 animated film, Hercules. The Russo Brothers are best known for their work on MCU films such as Avengers: Endgame (2019), and will also be producing Disney’s live-action remake of Hercules.

In December 2020, we reported that the Russo Brothers gave an update on the music for the upcoming live-action remake, and now we have additional details — This time surrounding the script.

We knew that the script was nearly finished in the Russo Brothers’ last December 2020 interview with Collider, when they said, “We have an incredible writer on it, Dave Callaham, and he’s off on script. We should be seeing something in the next week or two, I think.”

Now, about six weeks later, in a new interview with Lights Camera Barstool, the Russo Brothers gave a small update on the highly-anticipated live-action remake. “It is still in development, the script is about to come in a week,” Joe Russo said. “We’ve taken a lot of time and care with it.”

Joe continued to discuss the upcoming project, explaining a possible direction they are currently going in with the film. “They want to see something really cool that they wanna get lost in it for a decade, so that’s our mission is to provide them with that experience,” he said.

The upcoming live-action project is still in the very early stages of development, however, fans have already begun “casting” who they wish to see play some of the iconic Hercules characters.

Best known for playing Erik Killmonger in Black Panther, Michael B. Jordan is by far the top choice to take on the role of the main character, Hercules. Fans also want to see Ariana Grande play Meg after hearing her version of “Won’t Say I’m in Love” on ABC’s Disney Family Sing-a-Long and of course, people want to see Danny DeVito reprise his role as Phil.

Are you excited to see the upcoming live-action Hercules? Let us know in the comments below.