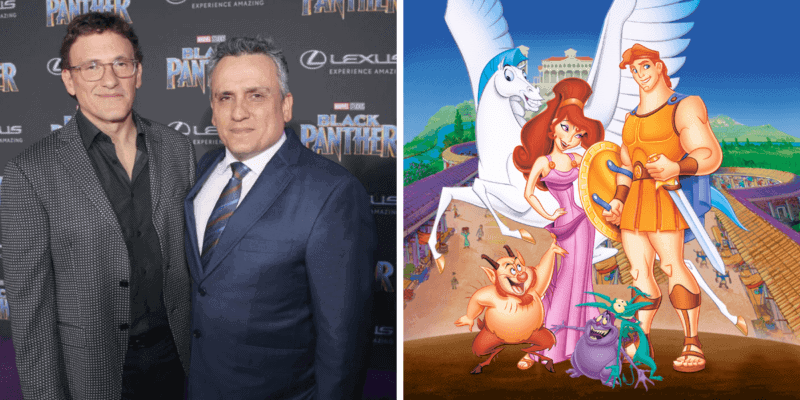 Originally thought to be one of the top choices for directing the film, we have confirmation that writing and directing brothers Joe and Anthony Russo (Avengers: Endgame) will be producing Disney’s live-action remake of Hercules.

It appears that Disney’s intended on adding Hercules to its collection of live-action remakes, and while there is still no word on casting, we have reason to believe the project will be put in the hands of a big-name director.

An exclusive report from the Disinsider indicates that the top three choices being considered for the director’s chair included Jon Favreau, Joe and Anthony Russo, and Gore Verbinski. For the avid movie-goers, these men need no introduction, but their work deserves to be mentioned.

Favreau has made a name for himself in Marvel, Lucasfilm and Disney. From directing the first Iron Man movie to producing Disney plus’ biggest hit series, Star Wars: The Mandalorian as well as directing two Disney remakes already.

The Russo Brothers were responsible for directing some of the most important films of Marvel’s Infinity Saga, including Avengers: Infinity War and Avengers: Endgame.

Gore Verbinski was the director of the first three films of Disney’s Pirates of the Caribbean franchise: Curse of the Black Pearl, Dead Man’s Chest, and At World’s End.

However, this short-list did not remain unchanged for long. We have confirmation that the Russo Brothers will be producing the film under their AGBO banner, and not directing. It has also been revealed that Wonder Woman 1984‘s screenwriter, Dave Callahan, will write the script.

Every animated classic Disney has remade into a live-action spectacular has had a big-name director associated with it. Jon Favreau was at the helm for The Jungle Book and The Lion King, as was Kenneth Branagh for Cinderella, Tim Burton for Dumbo, and Guy Ritchie for Aladdin.

Disney pulls out all the stops for its live-action remakes and is very deliberate in choosing its director. Hercules is both a period piece (Greek Mythology) and a superhero movie. It is bound to be a very action-packed and, at times, very dark. Disney needs a director with both a recognizable name and the proper experience in either of those genres.

But at this point, only time will tell which director gets the job.

Are you excited for a Hercules live-action remake? Would you like to see any of the original voices like Danny DeVito or James Woods reprise their roles? Let us know in the comments!