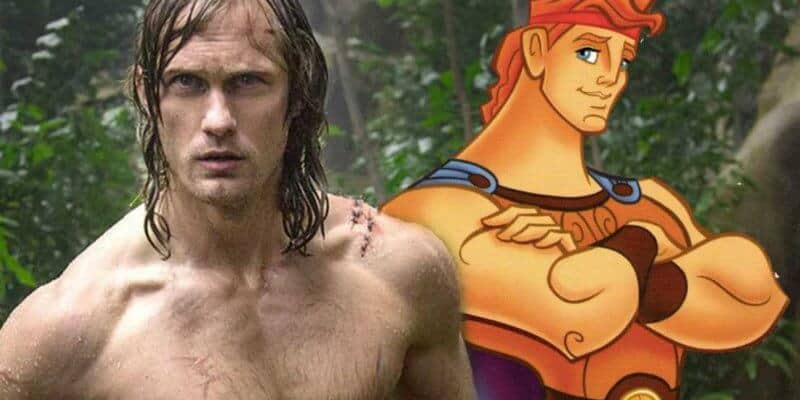 Every Disney fan loves the classic animated story of the son of gods and according to a new report, it seems Disney may want to bring this story back to life in an all-new live-action remake! Additionally, it’s been shared that the company may already have its eyes set on its hero for the role: Alexander Skarsgard.

Recently, Disney has seen great success with its remakes of some of its most beloved and classic films, including “Aladdin,” “Dumbo,” and the upcoming remake of “The Lion King.” So the possibility of the company wanting to revisit the story of this half-man, half-god really isn’t that crazy of an idea.

According to We Got This Covered, the outlet reports that Disney is working on a live-action “Hercules” movie and is currently eyeing Alexandar Skarsgard for the role. They share that “he’s on the wishlist but there’s been no auditioning process just yet.”

There are no details of the film’s plot at this point but it’s believed that the film would be similar to the 1997 original movie.

Rumors surrounding the idea of a live-action “Hercules” remake have been surfacing on the internet for the past year. However, not many have included the names of actors to take part in the proposed project.

If the company is set to take on the project, the idea that they have their eyes set on Alexandar Skarsgard isn’t too far-fetched. However, the original animated classic film does portray Hercules as a teenager, which Skargard is now a little old to play. Of course, the company could take the story in another direction as it wouldn’t be the first time the company reimagined one of their classic animated films into a live-action version with a little bit of a different vision.

Just recently did we learn that the upcoming live-action version of “Mulan” would be without Mushu. Not to mention the fact that the film will not be a musical and will be more focused on action and heroism.

What are your thoughts on a live-action remake of Disney’s “Hercules”? Let us know in the comments below!