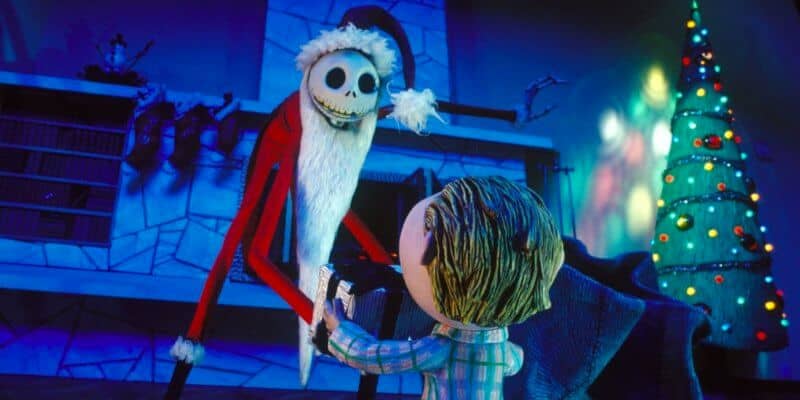 What Disney fan doesn’t love the cult classic film following the misadventures of Jack Skellington? Well, Disney fans rejoice–it seems the pumpkin king might have a few more adventures to journey! According to a new report, a potential live-action or follow-up film could be in the works.

Recently, Disney has seen great success with its remakes of some of its most beloved and classic films, including “Aladdin,” “Dumbo,” and the upcoming remake of “The Lion King.” So the possibility of the company wanting to revisit this animated dark fantasy musical really isn’t that crazy of an idea.

According to a report by Moviehole, a source close to the outlet shared that there’s talk at Disney to “do something with “Nightmare Before Christmas” – probably a sequel but live-action possible.” The outlet shares that the tip comes from someone who has given Moviehole credible intent in the past.

Related: Have You Read The Original ‘Nightmare Before Christmas’ Poem?

Of course, “talk” doesn’t necessarily mean the company is set in one particular direction for the potential film. However, it seems viable that the company would be considering all options to find the best method of bringing Jack Skellington back to the big screen. Similar to Disney’s remake of “Mulan,” in which the company has spoken openly about pursuing a much different direction from the original animated film, the company has to figure out what works best for its audience now.

Given the company’s ability to bring Simba and the rest of the wild animals of the pride lands to life in their upcoming “The Lion King” remake, it would be very interesting to see “A Nightmare Before Christmas” similarly reimagined. Or if the company chose to do a follow-up in its same stop-motion roots–what the future would hold for Jack and Sally?

What are your thoughts on a live-action remake/follow-up film to Disney’s “A Nightmare Before Christmas”? Let us know in the comments below!